All true histories contain instruction; though, in some, the treasure may be hard to find, and when found, so trivial in quantity that the dry, shrivelled kernel scarcely compensates for the trouble of cracking the nut.

Agnes Grey is trying to be independent and earn an income, albeit to help her poor parents.  It is the 1840s and she has little choice but to work as a governess.  Although she has no trouble finding a couple of jobs, her charges, the children, are unmanageable and their families unexpectedly scorn her.

I empathised with Agnes as she struggled to tutor pupils in their own homes, who feel free to run around the room or sit under the table or go into the garden and kill innocent chicks in a nest.

The opening line of Agnes Grey is a great piece of Brontë wisdom.

My father and mother should have stayed in New York where they met and married and where I was born.

I was surprised to find my own family in this book.
This afternoon I was about to list the similarities, but was silently checked by this commandment:  ‘Honour your father and your mother, so that you may live long in the land the Lord your God is giving you.’
It is enough to say, Read it.

(© Translation by Patricia J.F. Worth)

Trembling.  It’s what I do best. I’m an expert at trembling. I have an incredible mastery of trembling. Had it since I was very small. Since the day I started kindergarten, the teacher has been telling my mother who comes to pick me up every day, running from the Sendai–Minami Sanriku train; she has been telling my father who never misses a fete at the Shizugawa school: Your daughter, she trembles; it’s amazing how she trembles; it’s amazing how well she trembles. Perhaps she didn’t say exactly that at the end, Your daughter, how well she trembles, but she looked so impressed that I think she did. I am the best at trembling.

It began the first time someone said, All children under the table. At first, I hesitated. When the voice repeated, All children under the table, the Earth is trembling, I thought, it’s the table with the red tablecloth, and on top of it all the flowers and the birds and the horses and the multicoloured lanterns of the origami class for the school fete, if it starts trembling, us underneath, no one to watch it, everything will be knocked to the ground, the fete knocked to the ground. But the voice insisted, so I slipped under the table with the others, and I thought the only thing to do was to tremble all together, me, us, the table, the flowers, the birds, the horses, the multicoloured lanterns of the origami class for the school fete. And that’s what I did; every time, that’s what I did and the teacher said, Your daughter, she’s an earthquake on legs; and the old doctor Tokiji Watanabe looked at me for a long time, a long time, and he said, There is actually a sickness called ‘Essential Tremor’ or ‘Familial Tremor’, but to be sure, we’ll have to wait till she grows up, and she’ll have to learn to live with it.

This morning, Friday 11th March 2011, for the school fete, for the origami class, I brought in some beautiful old paper that Grandma Sadako gave me. There’s a drawing on it that frightens me, but Papa says, Fear is like the tengu, like trembling, you must tame it; take this picture, it’s by Hokusai, our ‘Old man mad on painting’, his Great Wave off Kanagawa, it’s everywhere in the world, it’s our pride. So I dared to take it because folding, it calms my trembling, and especially because I saw her in the folds, the creases, the teeth and the claws of the sea on the paper: the crane of my dream. She was just waiting for me so she could fly away. And that’s what I did. All morning, I had to fight with this rotten drawing and my trembling. In the end, she was standing on the table with the red tablecloth; the one‑thousandth crane for Grandma Sadako, who folds one every day, saying, It’s my prayer; and she was the most beautiful, too.

She’s Prussian blue and yellow ochre, with greys like you’ve never seen over her whole body; here pale like shellfish soup, there dark like pea soup, and a very white spot on her throat. The great wave living inside her doesn’t frighten me any more. Papa is right. Everything is connected, no one is separated. It was 2.30pm when the voice shouted, All children, quick, the Earth’s trembling. I held her close to me under the table with the red tablecloth. Both of us lying down, folded, patient. When I put her up to my ear, I clearly heard the roar of the sea; Mama, running from the Sendai–Minami Sanriku train; Papa, his footsteps, full of pride, coming to the school fete. She was just waiting for me so she could fly away. I’m not trembling any more.

Trembling.  It’s what I do best.

Origami, Anne Bihan (Translated by me)

You may have read this short story in French.  🙂  But if you didn’t, then let me show you what it looks like in English.  The author, Anne Bihan, has given me permission to blog my translation of it, so, after dinner, I’ll post it.  If you’d like to see the original French version, go to p. 13 of the online publication, Il y a toujours une guêpe pour piquer le visage en pleurs:  http://issuu.com/ecrireenoceanie/docs/il-y-a-toujours-une-guepe

The day broke grey and dull.

It’s a great opening line, and it sets the mood for the book, even to the contrasting last line:

‘Cabs and omnibuses hurried to and fro, and crowds passed, hastening in every direction, and the sun was shining.’,

a line which I assume is supposed to fill the reader with optimism.  I closed this book with a groan, my mood still grey and dull.

I had the story, bit by bit, from various people, and, as generally happens in such cases, each time it was a different story.

This week’s WP Photo Challenge, Kiss, prompted one blogger to tell us that his hometown isn’t a place where public kissing is encouraged.  He compared it with Starkfield in Ethan Frome.

I was brought here from Senegal when I was two years old by the chevalier de B., who was then governor there.

John Fowles was the author of The French Lieutenant’s Woman, whose opening line I posted yesterday, as no. 3.

An easterly is the most disagreeable wind in Lyme Bay – Lyme Bay being that largest bite from the underside of England’s outstretched south-western leg – and a person of curiosity could at once have deduced several strong probabilities about the pair who began to walk down the quay at Lyme Regis, the small but ancient eponym of the inbite, one incisively sharp and blustery morning in the late March of 1867.

If The Hobbit is one of my favourite books but far from my favourite movie, The French Lieutenant’s Woman is a favourite in both forms.  I was once obsessed with the movie, hiring it and playing parts of it over and over.  Before writing this novel, John Fowles had translated a French novel by Claire de Duras, Ourika, based on a true story about a Senegalese girl taken to Paris as a baby and raised separately within the nobility.  As she grew older she was surprised to find she lived in a culture of racial segregation.  Fowles believed that this story affected his telling of Sarah Woodruff’s tale as the fallen and outcast French Lieutenant’s Woman. 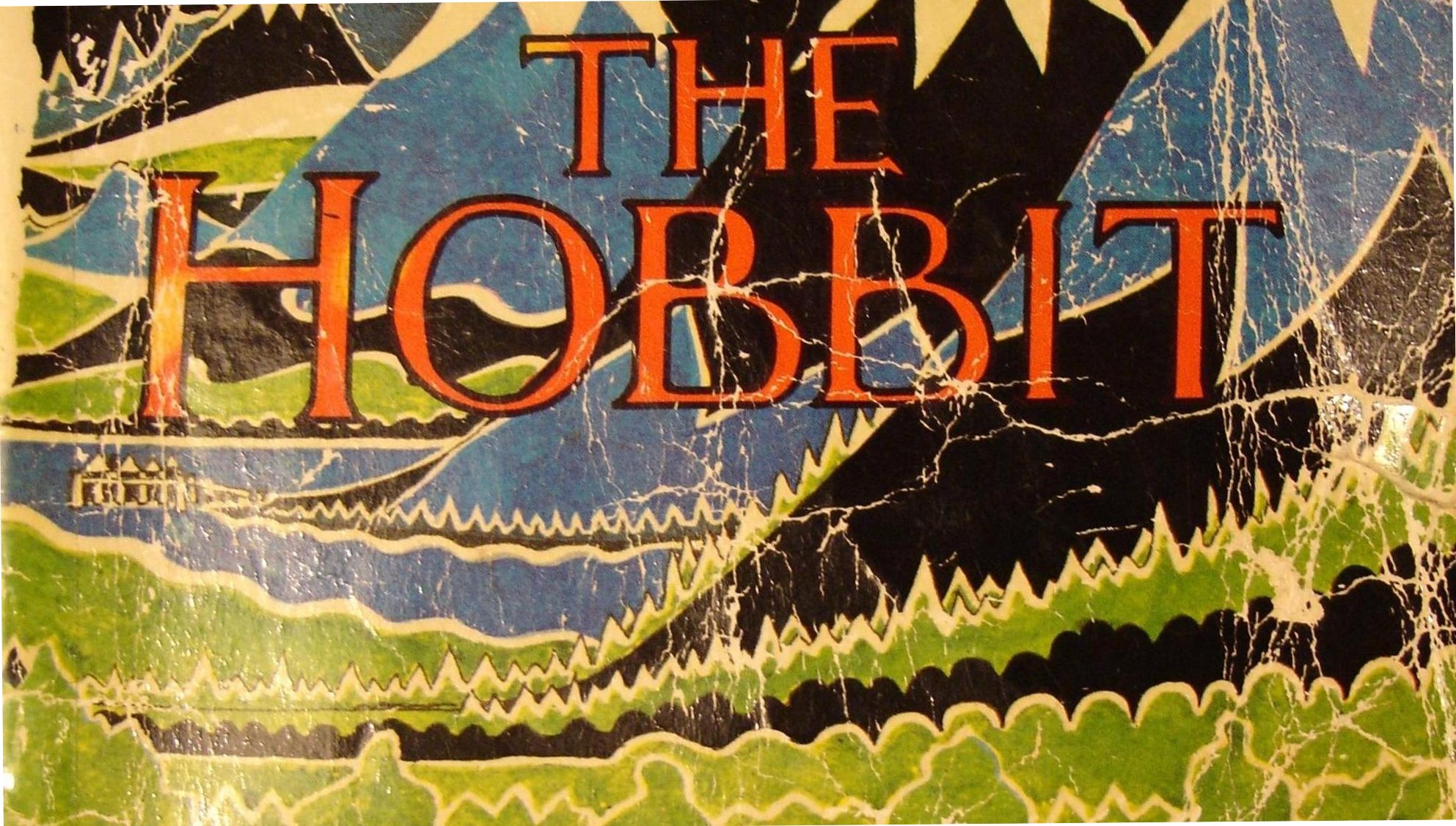 In a hole in the ground there lived a hobbit.

There was no possibility of taking a walk that day.
Jane Eyre, Charlotte Brontë

From today I’m going to attempt a self-imposed challenge:  post 54 great opening lines from books on my shelves.  After reading a post by Zany4Days about challenging himself to paint a watercolour every day for 30 days, 100 days, the whole year, I’ve decided to study the first few words in good stories, an activity which might, which should, affect my own writing.  The opening lines that I post will be in English, but not all of them will be from English-language stories.  Some will be my translations of great French opening lines.  After browsing my bookshelves, I initially chose a figure of 50, but I could possibly come up with four more and make it 54, my age from today…

I’ll begin with the first line from a novel I read when I was 13 which gave me a plan for my life, a plan I haven’t always followed but, in hindsight, I see has often followed me.  It begins with:

There was no possibility of taking a walk that day.