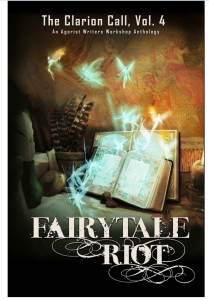 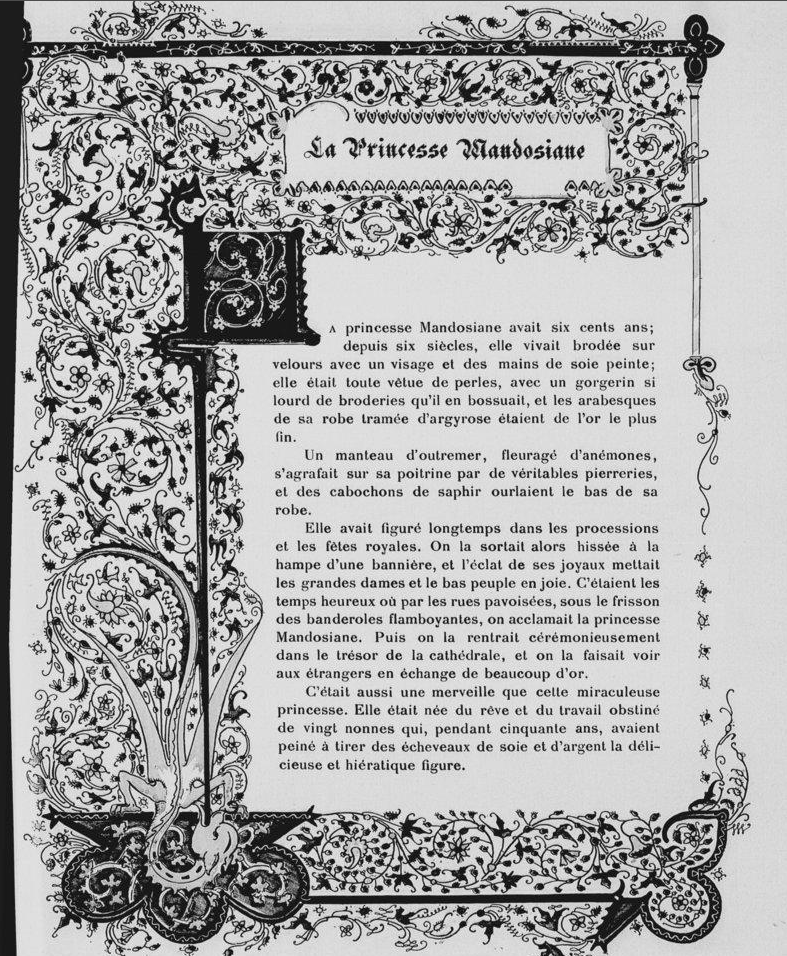 Authors today are encouraged to promote promote promote their work on a blog (and on other popular elements of social media that I don’t use).  One promotional activity which hasn’t been too time-hungry and is even enjoyable is the creation of a Pinterest board with images associated with my translated works.  I’ve recently read articles by two much-published authors pushing Pinterest as an author’s friend.  So I tried it.  When you check out my board you’ll see intricately decorated pages from the original French versions of my translated stories, like this one from La Revue illustrée, 1st June 1899, illustrated by Alfred Daguet for ‘Princesse Mandosiane’, one of the stories you can now read in English in the Eleven Eleven journal (which you’ll have to buy):

Look at the creature in the bottom left of the page doing a handstand while balancing an ‘L’ signpost in his mouth!  Reminds me of the sculpted column swallowers in Romanesque churches.  Such fun!  Why don’t we decorate our pages any more?

Of course, for every one of my translations that’s published there are several others not accepted.  Just this week I’ve received two rejections and a notice that someone is already translating some stories I’m working on.  Or, rather, was working on until that moment.  Submitting stories to magazines and journals has become a part-time job, taking so much time and effort that I hardly have time to translate new stories.  But why write it if no one will read it?  Between the writing and the reading, there must come submission, publishing and promotion.  Fortunately there’s pleasure in it all!