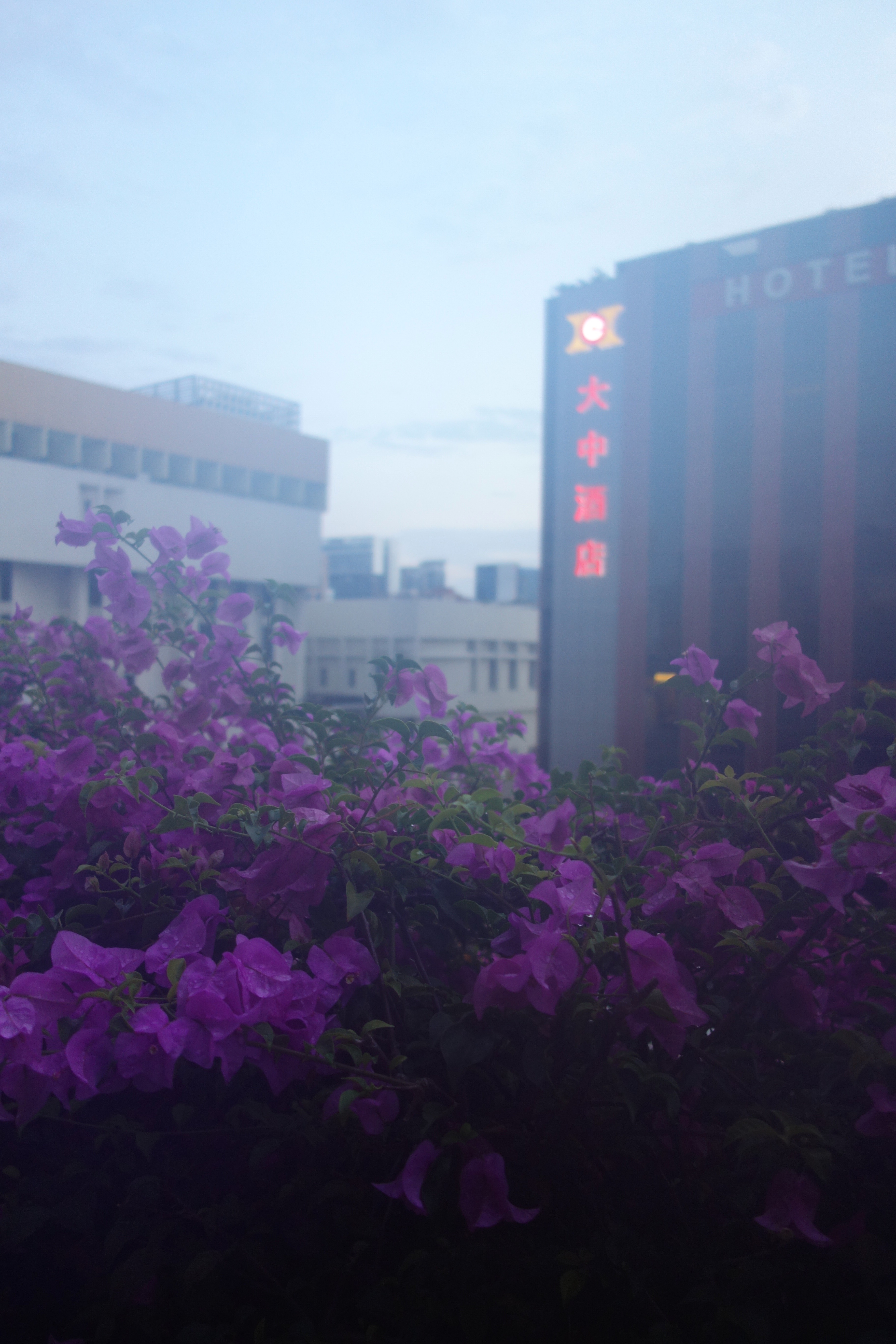 First thing on a Singaporean June morning, steamy air fogs the lens and veils the purple bougainvillea in mist.

By 6.30 on a Saturday morning the revellers have all gone home and a man sits alone in peace beneath colourful colonial architecture, a combination of Chinese, Muslim and British influences. He watches a video on his phone, oblivious to the loud repetitive soundtrack, a version of Twinkle Twinkle Little Star.

At midday, amid a mass of visitors to the Botanic Gardens, amid the lush vegetation found here and throughout the island, a bride in red and her less spectacular husband pose beside an old fig, its roots resembling two human legs and perhaps a tail.

When Cardinal Guzman posed this prompt to photograph the changing seasons, he wanted a photo of the same place each month. I’ve already covered Canberra for June, but have ended up in Singapore, a country with no winter. Just heat and humidity and eternal summer.