On the road from Ceret in the Pyrénées-Orientales, France, heading towards the Mediterranean, a short detour takes you to Maureillas-las-Illas and on to a chapel which you would never find if you were simply driving around.  It’s not only off the road a short way, but it has a house built in front of it, indeed, attached to it and concealing the chapel from view.  Pity.

It’s the chapel of Saint-Martin de Fenollar.  In the 1960s it was restored and is now one of France’s ‘monuments historiques’.  The earliest record of the chapel dates it at 844 AD which makes it an example of pre-Romanesque architecture.  Its exterior is simple and small, but the interior is much more interesting.  There are pre-Romanesque arches, which were shaped like keyholes or horseshoes, and are sometimes called Moorish arches.  In my header photo above, you can see that the external doorway was once keyhole shaped. Signs in the chapel say that all photography, with or without flash, is strictly forbidden.  So I took no photos of the interior.  I was good.  There are, however, a few on Creative Commons which I can use to give you a reason to visit this little ‘gallery’ of 900-year-old paintings.  Indeed, these photos reveal more colour than can actually be seen inside the dark little chapel where only a few slits let the daylight in.  Here’s a photo from Wikimedia Commons of a keyhole arch leading to the apse inside the chapel:

This form of arch was used in Visigothic architecture in Spain until the Muslim invasion in the eighth century AD, following which Spanish Muslim architects adopted its form for their mosques.  In Saint-Michel-de-Cuxa, an abbey of the same region, there’s some information on the wall of the church to explain the different arches:

However, Saint-Martin-de-Fenollar is a treasure for its remnants of 12th-century frescoes, which probably would have covered every wall top to bottom. What’s really amazing is that, before the restoration, a farmer had used the chapel for agricultural purposes and had knocked a huge hole in the eastern wall of the choir to make a door.  The wall was covered in frescoes, which with his help became little more than rubble.  The hole has since been filled and the remaining frescoes brought back to life.  In the photo of the apse, above, the infill is clear around and under the window.  We can only imagine what images had been there before. I have no photos of the interior but I have memories.  I looked at this ‘Christ in Majesty’ on the ceiling until my neck ached.  In the image below the colours are brilliant, but in the poor light creeping through the arrow slits and narrow windows, combined with dim electric lights illuminating the apse, the frescoes are quite dull.  I imagine that in Romanesque times candles would have lit the images, flickering over the Biblical faces and animating them mysteriously.  The photo below would not have looked so bright in candlelight or in minimal daylight, so we are seeing the image differently.  It’s a Christ in Majesty, encircled by a tetramorph, from the Greek tetra, meaning four, and morph, shape. Around the image of Christ are the four evangelists: Matthew, Mark, Luke and John.

What a precious jewel we found by leaving the beaten track and venturing inside an otherwise unremarkable structure.

My thanks to Dennis Aubrey at Via Lucis for introducing me to this chapel. 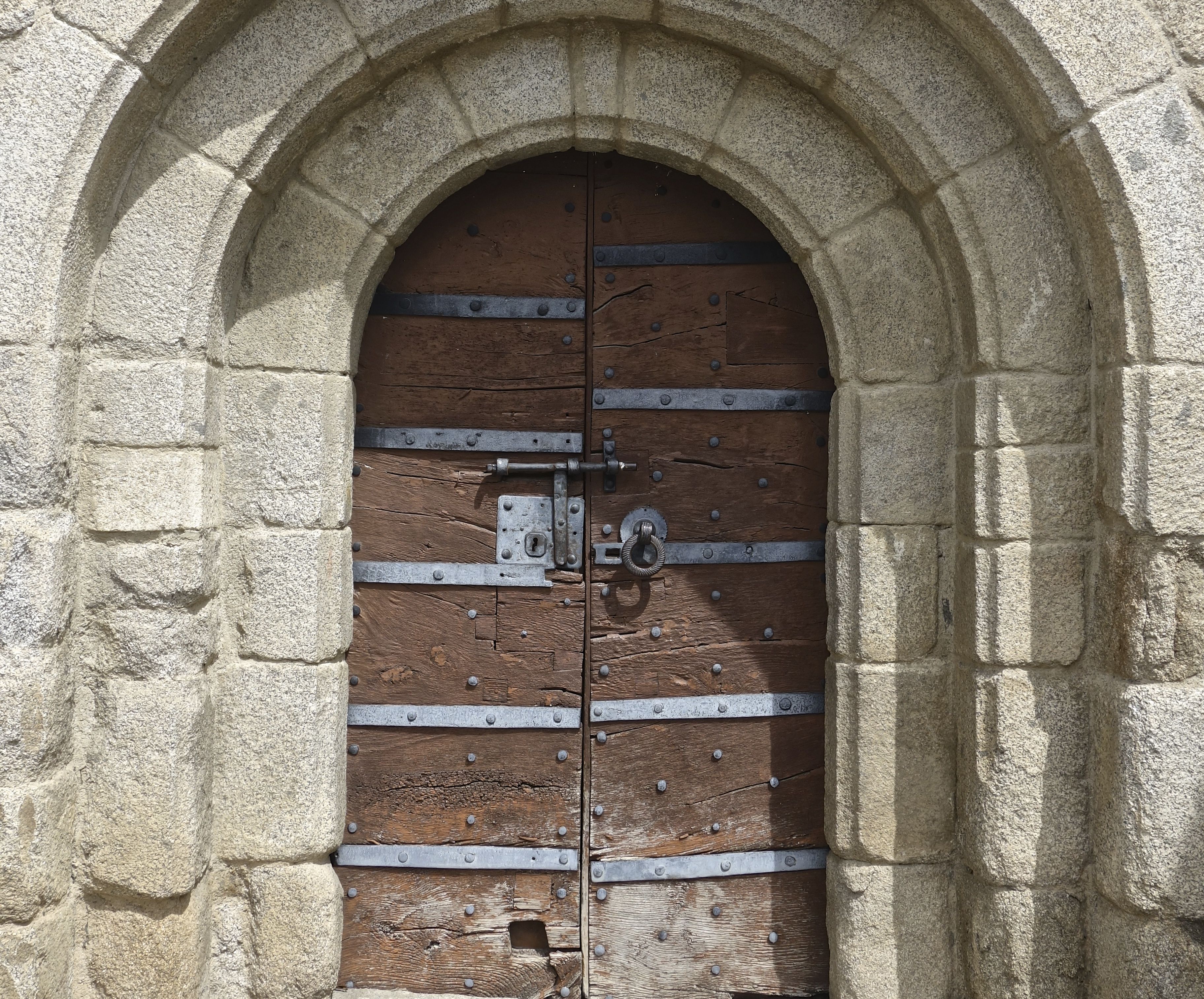 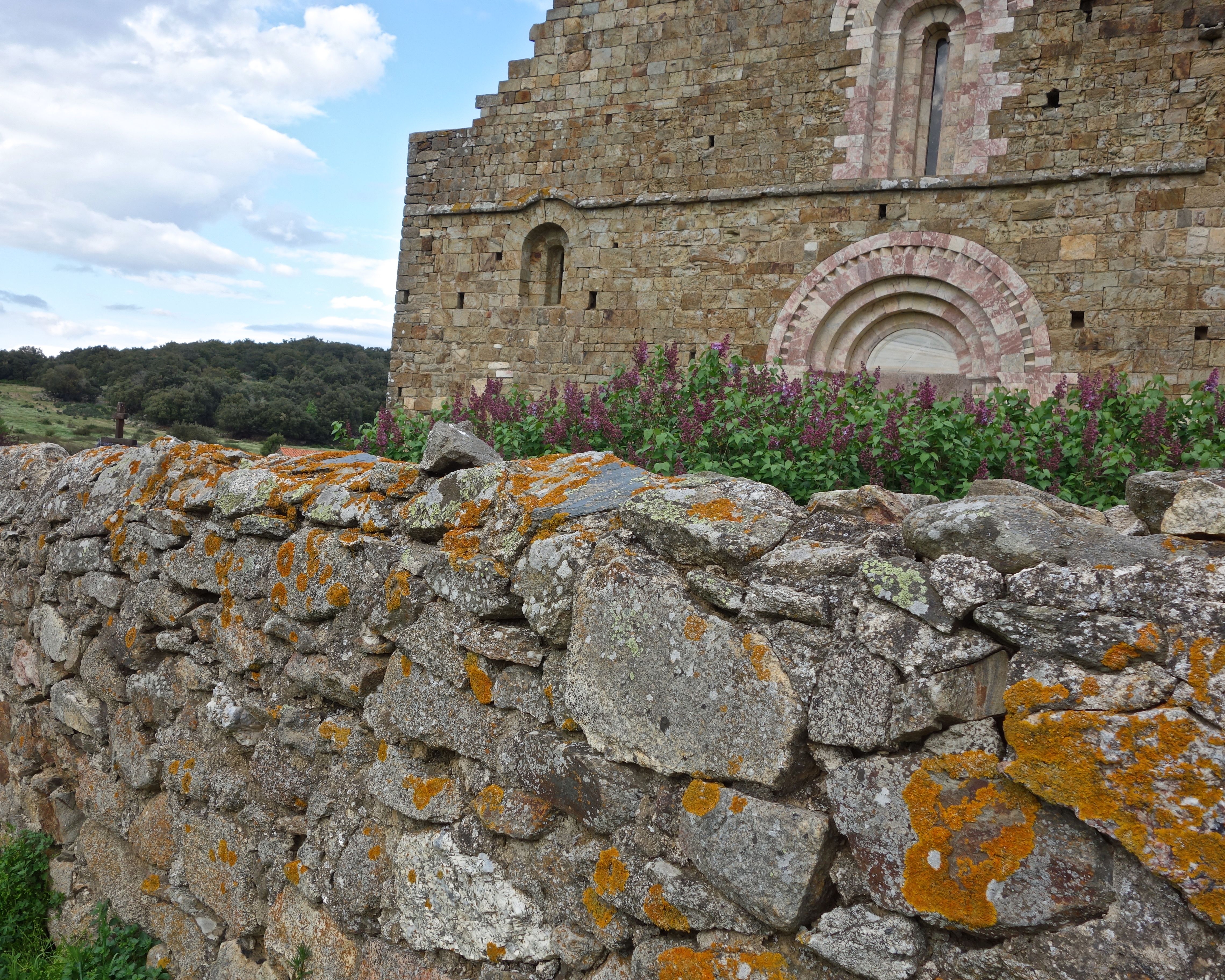