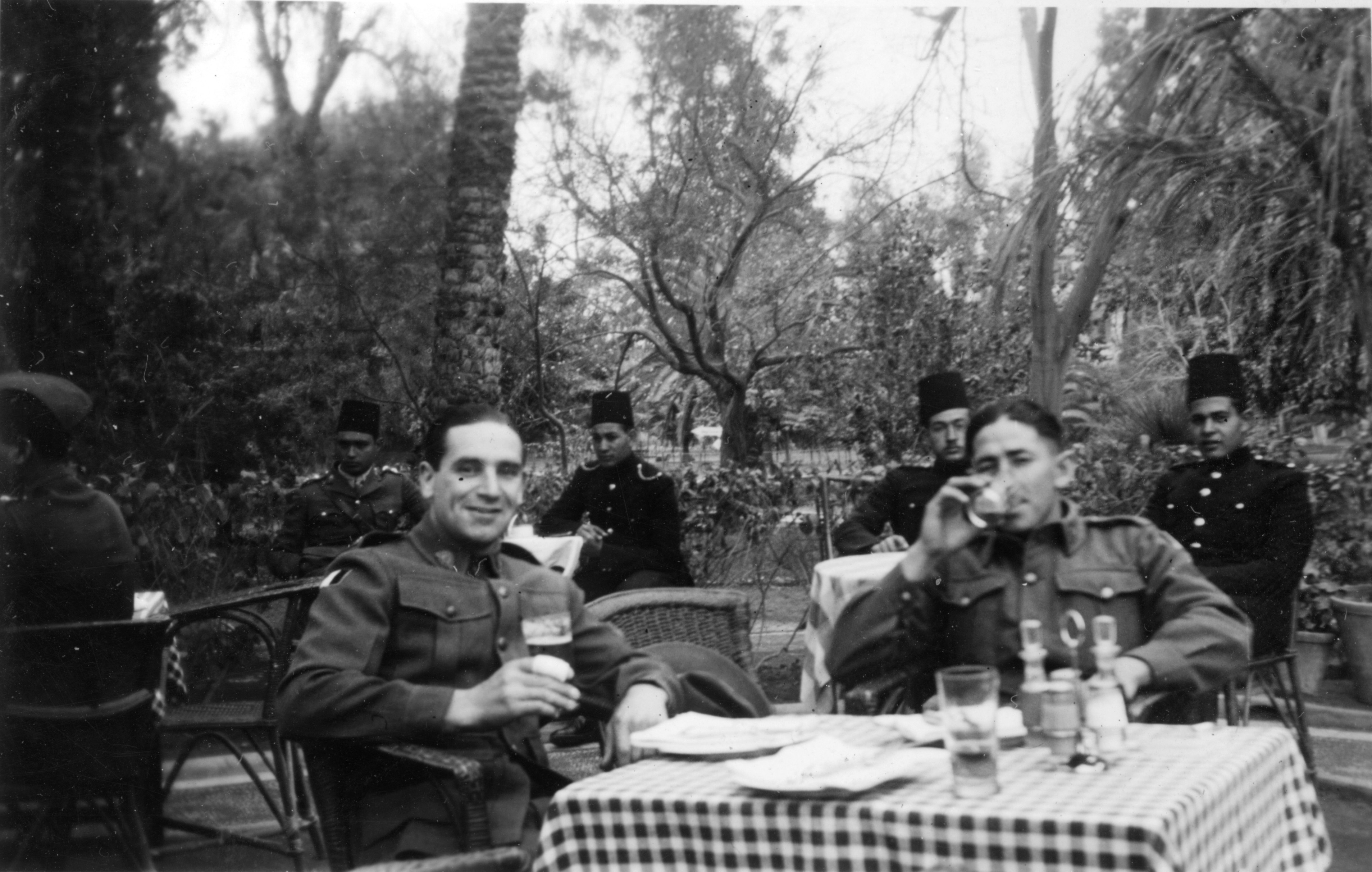 This week Ailsa showed us some unicolour tulip crowds where an individual stands out yet stands proud of ending up in the wrong garden.  The photos reminded me of these two from my father’s war album.  He wrote below the first photo ‘Visit to Cairo zoo’;  it’s nicely arranged with each of the Australian soldiers positioned in the shot between pairs of Egyptian police.  A real contrast.

Below the second photo where a salesman seems to be working the tables, he wrote ‘Outside café Heliopolis’.  ‘Outside’ is an interesting adjective for that period when cafés in Brisbane, Australia, where my father lived (when not away at war), did not spread outside to the footpath in continental fashion as they do now.  Even when I was a child, there was no such thing.  The French had influenced Egyptian culture during their time as colonisers, but it took many more decades for the idea to catch on in Australia.  Even if the soldiers returned with ideas and encouraged café owners to adopt this dining practice to which our country is so climatically suited, they were slow to try it out.  These days, it’s a rare café that doesn’t have tables outside!