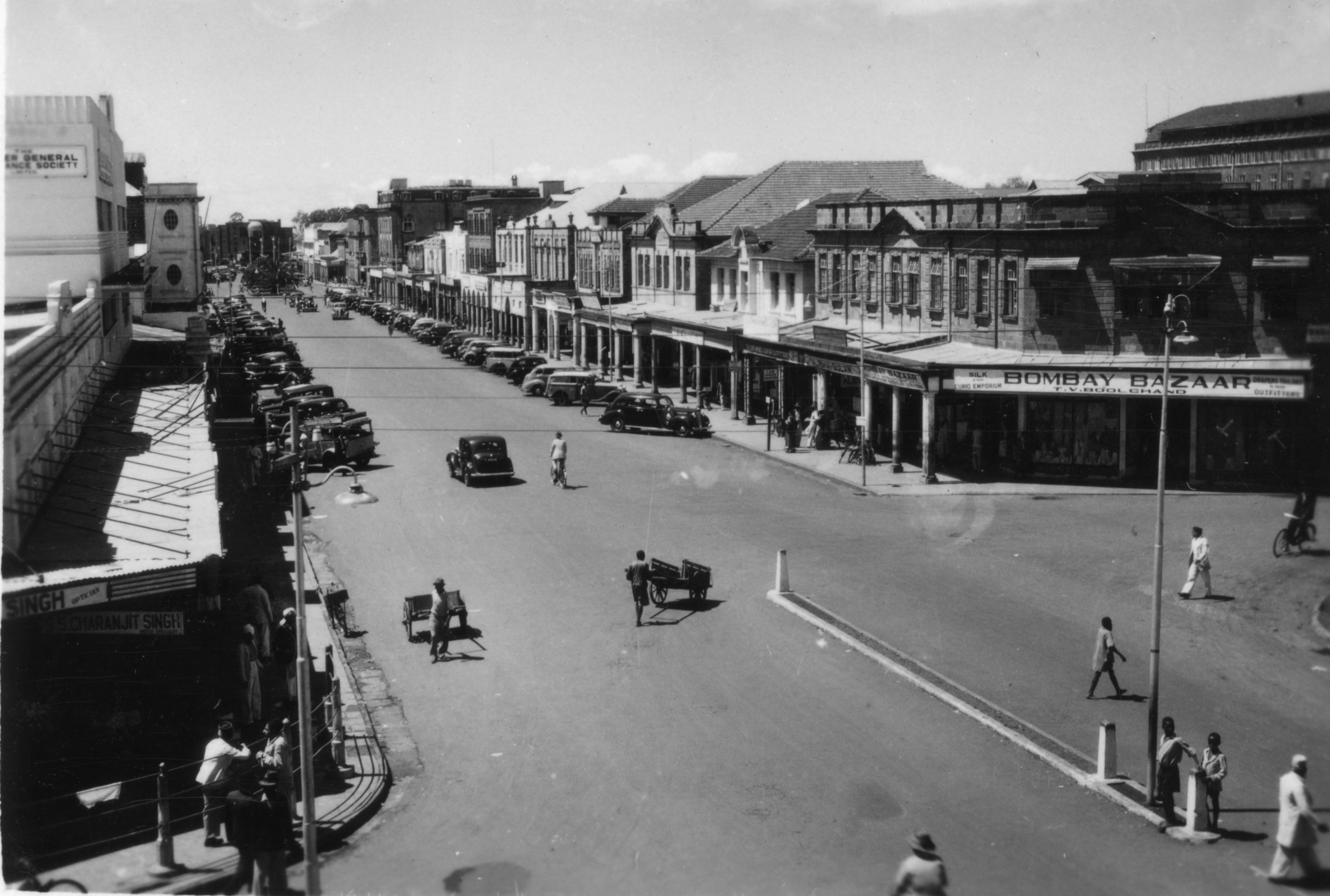 Ailsa has posted a photo challenge:  take her on a tour of my favourite concrete jungle.  Well I’m not partial to concrete, and I don’t have a favourite city, but I do have a favourite photo of a city.  Here’s Nairobi in 1941.  Or 1942.

‘Every city has a sex and an age which have nothing to do with demography. Rome is feminine. So is Odessa. London is a teenager, an urchin, and, in this, hasn’t changed since the time of Dickens. Paris, I believe, is a man in his twenties in love with an older woman.’

Nairobi is a young city, established in 1899 by the colonial authorities in British East Africa. So that tells us her age. But is this city feminine or masculine?  Perhaps a long-time resident of Nairobi could tell me.

It’s now one of Africa’s largest cities, with a population of 3.1 million, but look at this photo from the ’40s – not a lot of people on the street, not a lot of cars on the road.  Plenty of space for everyone.

And from the same photo album, this mosque in Nairobi, a very attractive building made of bricks, not concrete, and only three stories high, not scraping the sky. I like the man in uniform helping the woman cross the street, though she is also in uniform and obviously very competent. It was the gentlemanly thing to do. They’re easy to spot in the vast space of the uncrowded streetscape.

The photos are from my father’s World War II album.

Thanks Ailsa for the prompt to find photogenic cities.