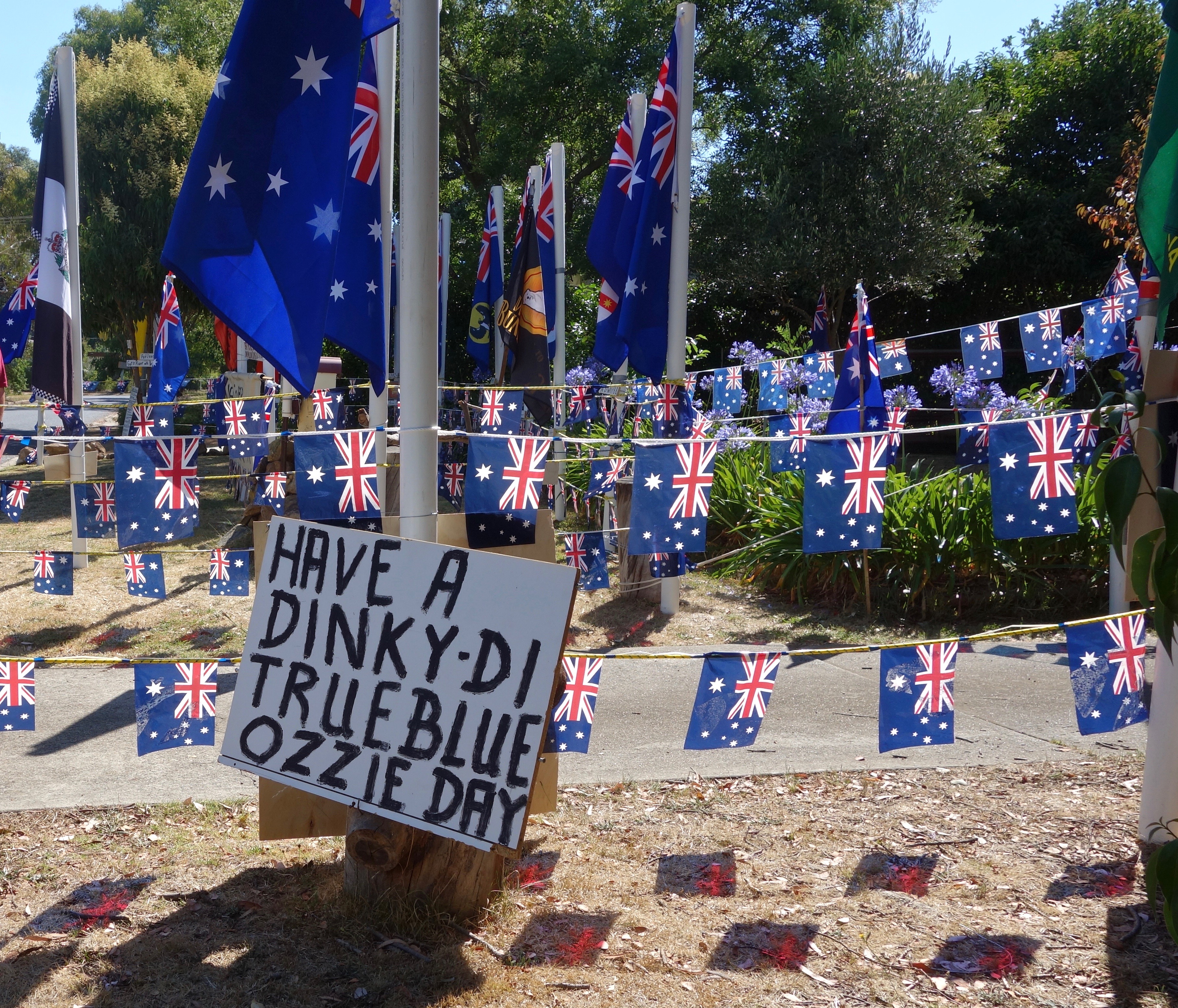 To celebrate Australia Day today, 26th January, in our nations’s capital, Canberra, there are the official government-organised events like the Australian of the Year ceremony at Parliament House (last night), a Great Aussie Day barbecue breakfast (this morning), and, later, a citizenship ceremony, a flag raising ceremony, kids entertainment, bands, and finally fireworks.

The winners of the four categories in the Australian of the Year Awards deserve recognition for their many years of service, offering solutions to hard-to-solve problems of often-forgotten groups of people. The principal award of Australian of the Year was given last night to Professor Alan Mackay-Sim for his ground-breaking work in repairing spinal cord injuries.

This year’s winners were all quiet achievers. Today there’s another Australian here in Canberra who’s quietly getting our attention, a patriotic man who’s not just flying one Australian flag on his car or his house for the week as some do. This guy, pensioner David Goodall (who prefers to be called Spurs), has arranged a display of Australian flags on his front lawn and footpath – there are 229 bunting flags, one for every year since Captain Arthur Phillip planted his own flag, the Union Jack, in the soil of Sydney Cove and claimed this land for England. Spurs has also displayed flags for each Australian state and territory.

The facing neighbour has allowed him to set up chairs for those who wish to visit and be present at 9.30 this morning for an indigenous Welcome to Country ceremony by a local man, Wally.

When I went for a look last weekend, I admired the tall blue agapanthus lilies growing along his front fenceline. Don’t they blend well with the blue of the flags! I wonder if that’s a coincidence…

Here I like the red reflections on the tinder-dry Canberra grass as the sun shone through the Union Jack crosses in our flag corners. Spurs set up the whole display, paying for everything himself and writing all the signs and slogans. A number of them are written with everyday Australian expressions like “Good on ya mate” or with facts from Australia’s 229-year European history, but there’s also a tribute to those who have sacrificed their lives for this country:

The display is at 9 Biffin Street, Cook. Any Canberrans who enjoy driving past displays of Christmas lights can now extend the pleasure to Australia Day, for Spurs intends to do this every year for the rest of his life in Biffin Street. Good on ya mate!