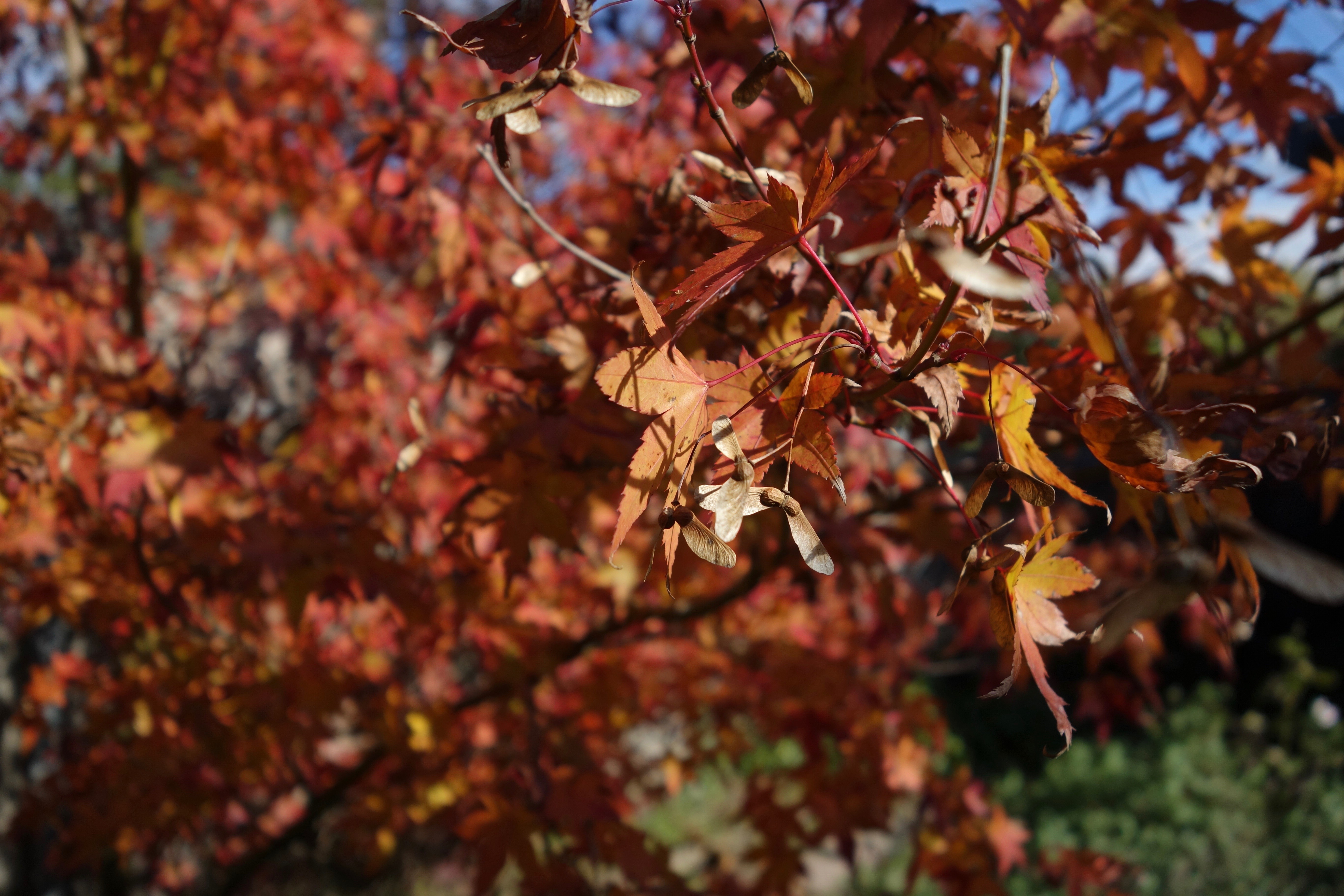 I could show you the maple tree in my back garden, every one of its leaves orange, and little helicopter seedpods hanging here and there.

I could show you two learner sailboats trying to make their way across Lake Burley Griffin in a total absence of breeze under a perfect blue sky.

I could show you the view across the lake to Parliament House with orderly plantings of trees turning red and yellow amid the green pines on the foreshore.

But this shot sums up May in Canberra. The sky is blue, the sun is still warm if you’re directly under it, but the air is cold in the shade. Cold in our houses. Canberra has a reputation for cold houses. So at lunchtime today I went out to sit on our back deck in the full sun – absolutely delightful. But my poor neighbours, their house catches no sun front or back. They had two options: turn on the heating or sit on the roof.

Is it comfortable up there, I asked. No, they said, but the view is great. 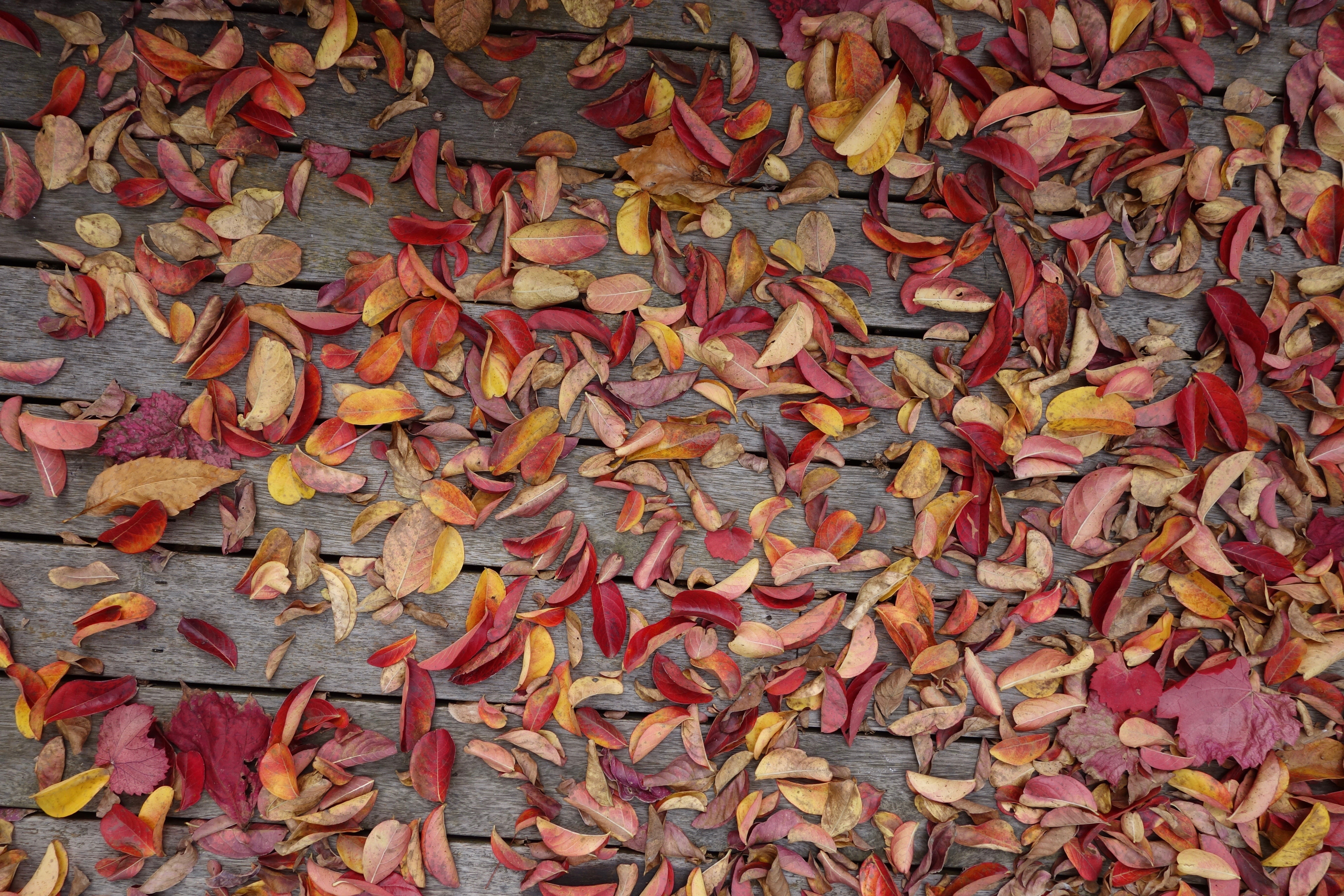 In many parks and gardens, autumnal trees flaunt their red and yellow leaves or let them drop onto a thickening blanket of colour.

My back yard is scattered with leaves from a crepe myrtle and ornamental grape, plants so beautiful in colour yet so sad as the branches strip off their leaves, remaining bare and to all appearances dying.

But looking at the trees lining Anzac Parade today I saw only the green of our native trees that don’t hibernate for the winter. On the lush lawns of the Australian War Memorial the white chairs are all in place for the Anzac Day services which more and more people are attending every year. On the day, Tuesday 25th April, great numbers of visitors will fill the chairs, and those who stand on the roads behind will watch and hear the services on huge screens. I popped down there this morning while the crowd size was navigable. And with the weather forecasters predicting an 80% chance of rain on the actual day, I realised that today (with about 0% chance of rain) was better suited for photographing April in Canberra for Cardinal Guzman’s ‘Changing Seasons’ challenge. 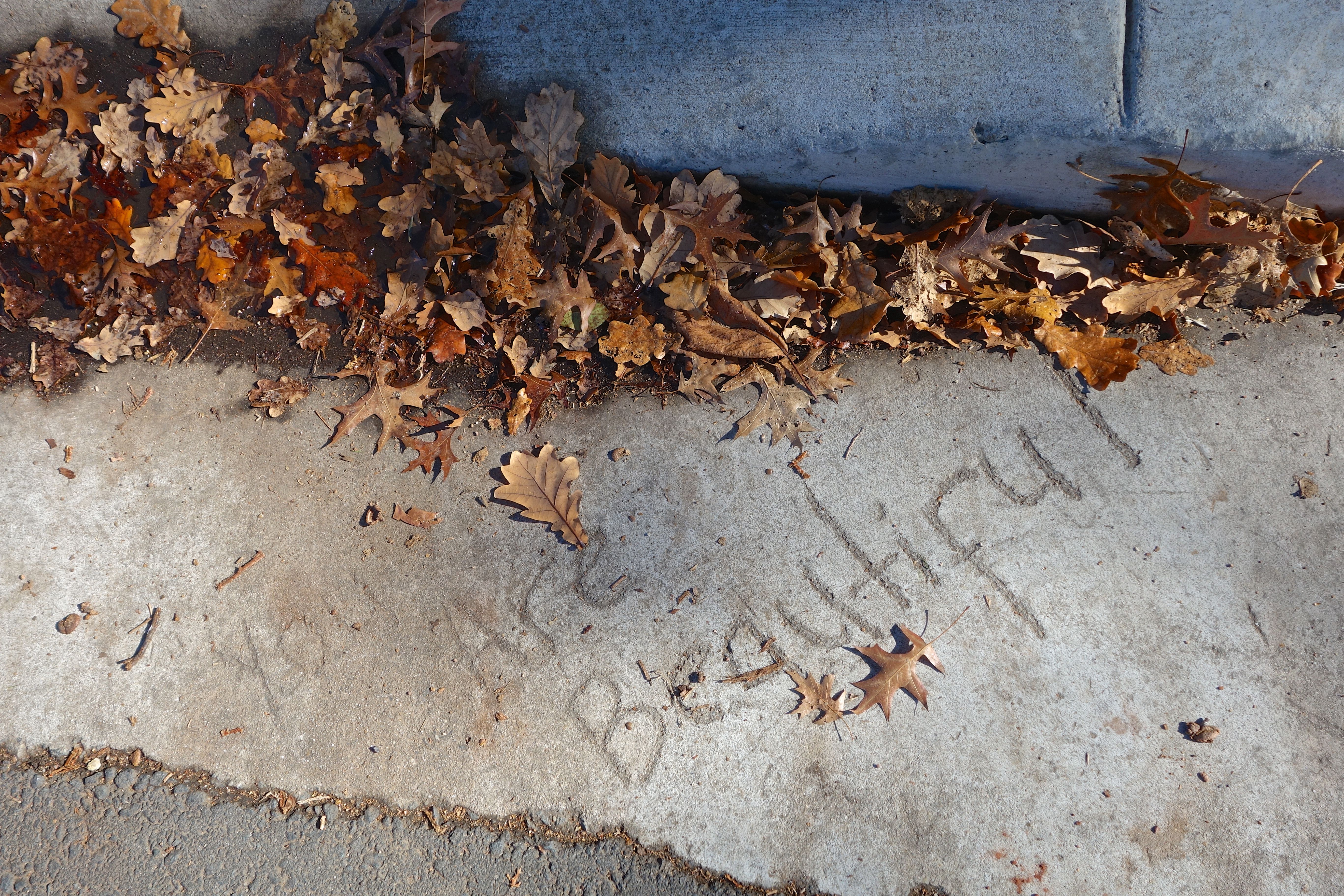 Last week, for the first time in a long time, my son and I met for morning tea in a café, and on our way back to the car I caught sight of some writing engraved into the concrete as we stepped up on a kerb. I stooped to take a photo, and at that moment a bus turned the corner.  My son thought I was crazy, crouching down on the road, focused on photographing a bit of concrete graffiti while a passing bus was leaning into the corner.  But he was missing the magic of the moment.

Here’s what captured my attention:  a grey concrete kerb, utilitarian and ugly, made ‘beautiful’ with a few words and autumn leaves collected in the hollow of the gutter.

Thanks WordPress for the challenge to photograph something on the way to somewhere.