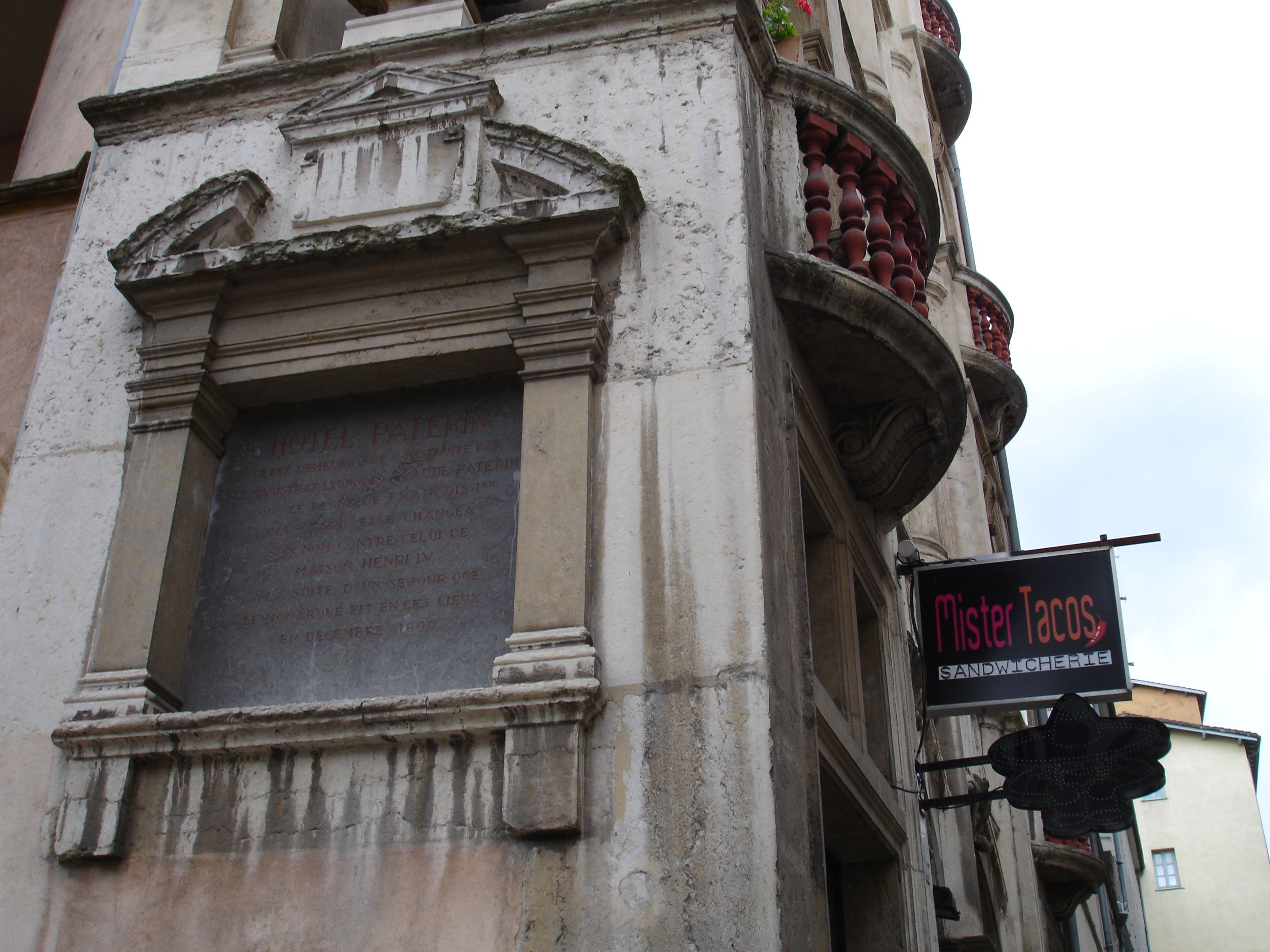 In the photo below there are two signs.  I’m guessing you can read the sign on the right, Mister Tacos Sandwicherie.  But as for the other one, since this week’s photo challenge is “The signs says…”, the photo gives me the opportunity to tell you what the sign says:

“This home was built by the Lyonnais magistrate, Claude Paterin, under the reign of François 1st.  Its name was later changed to the House of Henri IV after the monarch had a short stay here in December 1600.”

A bust of Henri IV sits in a niche above the sign.  However, it was not his property but a private mansion.  He stayed here for a short while after his marriage to Marie de Médicis in the Cathédrale Saint Jean, a few streets away, which was when and where they met.  The marriage produced issue, ancestors of some of the present European royal families including Prince William through his mother’s family.  But apart from this, the marriage was an unpleasant affair for Marie who shared her husband with several of his mistresses until it all ended when Henri was assassinated ten years later.

The house is at 4 rue Juiverie in old Lyon where most of the Renaissance buildings have been restored and receive constant attention.  Unfortunately, while someone occupies the upper floors of the building, judging by the pot plants and the open window, the Hotel Paterin has been sorely neglected on the lower levels and now houses Mister Tacos, though even this shop looks like it has closed down.  I was shocked by the two signs, visible together in one glance and disturbing enough to make me look back.