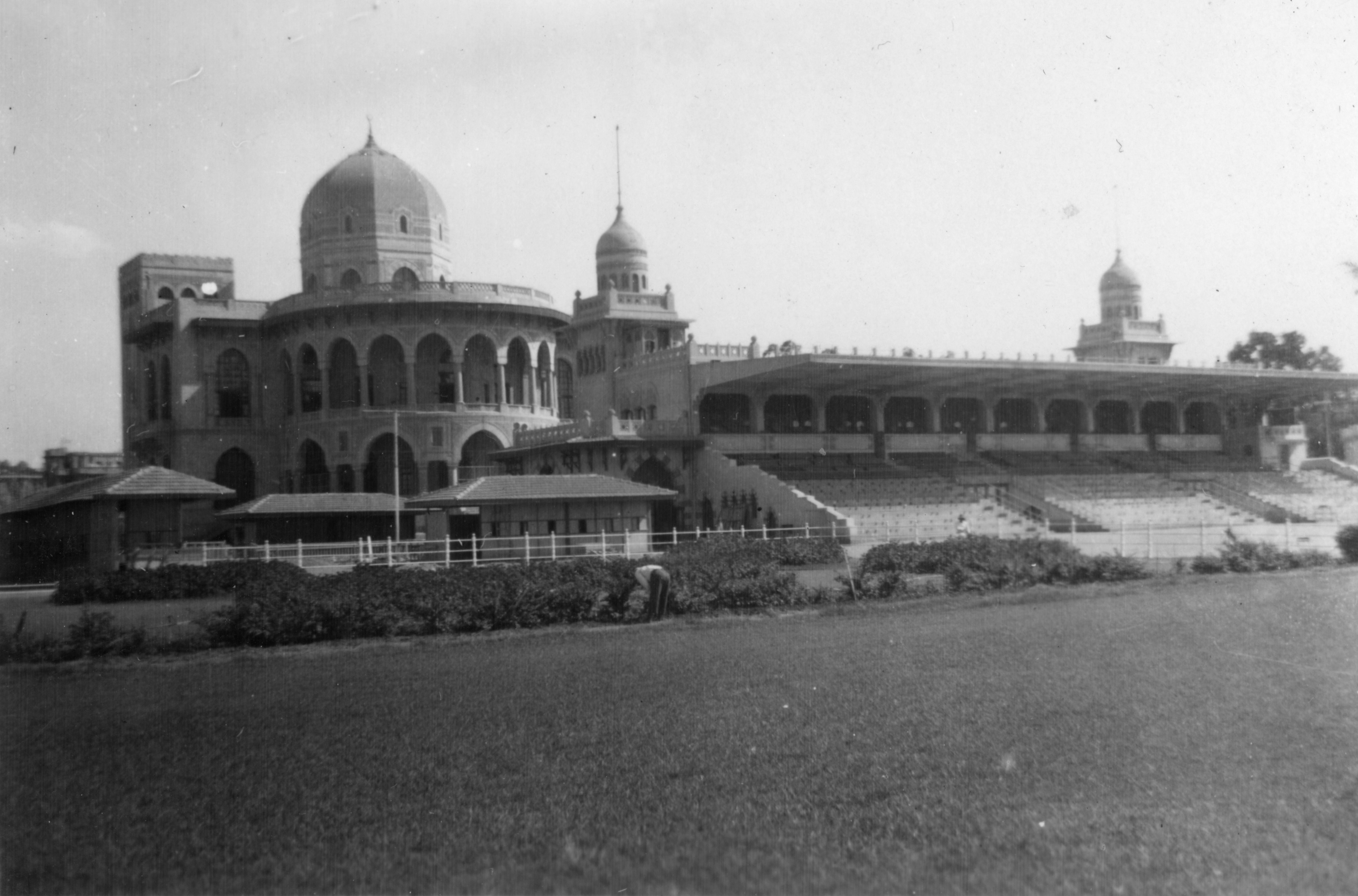 My father was born 93 years ago today, so I knew I had to post some photos from his album.  I found these two in his collection of images from Heliopolis, Cairo in 1941/42.  They show the racecourse built as part of the plan for the model suburb of Heliopolis, designed by the Belgian industrialist, Baron Empain.  The baron had the idea of raising a garden city in the desert, to be a place of luxury and leisure for mostly European visitors and residents.  Heliopolis is now a part of greater Cairo.  Empain began his development of Heliopolis in 1905 and continued to build it over the next couple of decades.  The racecourse was built in 1910.

A colour image of the building shows its deteriorated state in 2011, though it has since become Merryland, an area of shops, cafés and gardens.  However, the colour photo also shows how beautiful the detail of the architecture was.

Check out the beautiful photos of architecture on Ailsa’s blog pages.