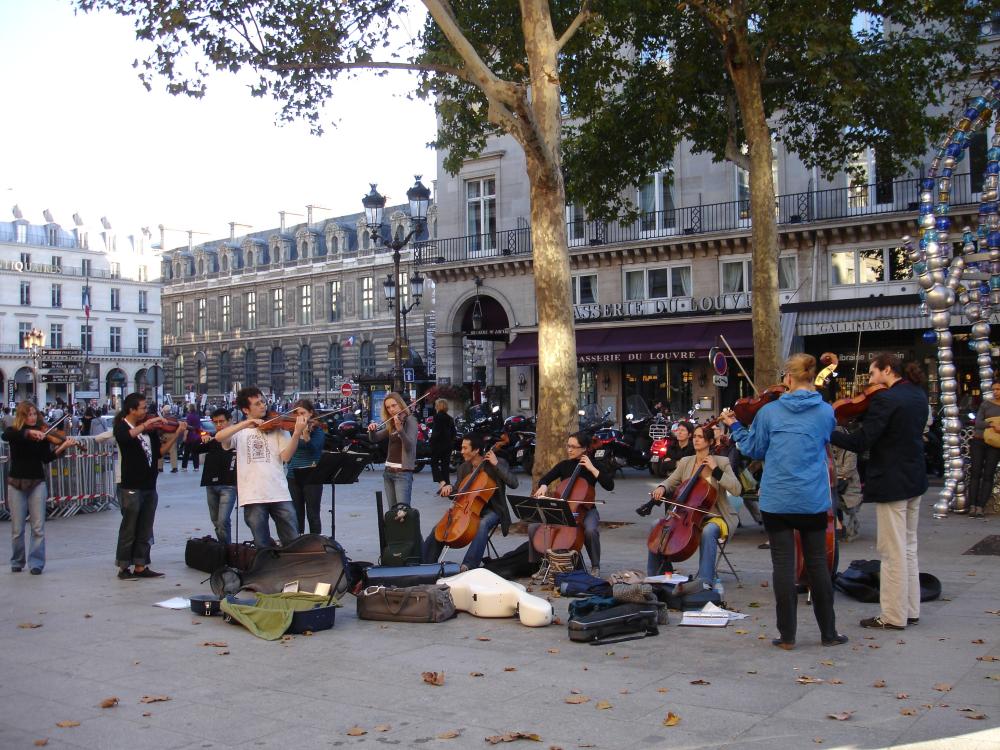 Late one October afternoon, I was returning from the Louvre when an orchestra began to set up in the square I was passing through.  I stopped to see what they would play;  as they began Danse hongroise by Brahms I nearly floated with love for Paris.  And that was despite my swollen and aching feet;  moments before, I had been desperate to return to my apartment to take my shoes off.  (The Louvre is immense and I’d walked miles viewing its exhibits.)  But I didn’t want to forget these musicians playing me live classical music for the price of a coin donation, so I snapped them and responded eagerly to their proposal that I buy their CD of pieces by Brahms, Dvořák, Bizet and Albeniz.

The CD cover says simply “Classique Metropolitain” without naming the musicians.  Pity.  I’ve played it frequently since that day and never tire of it.  It’s particularly good when I’m translating, when I don’t want to hear the words of songs sung.

Ailsa proposed this travel theme of ‘Play’ after seeing some people play football waiting for a traffic jam to clear!  Take a look.