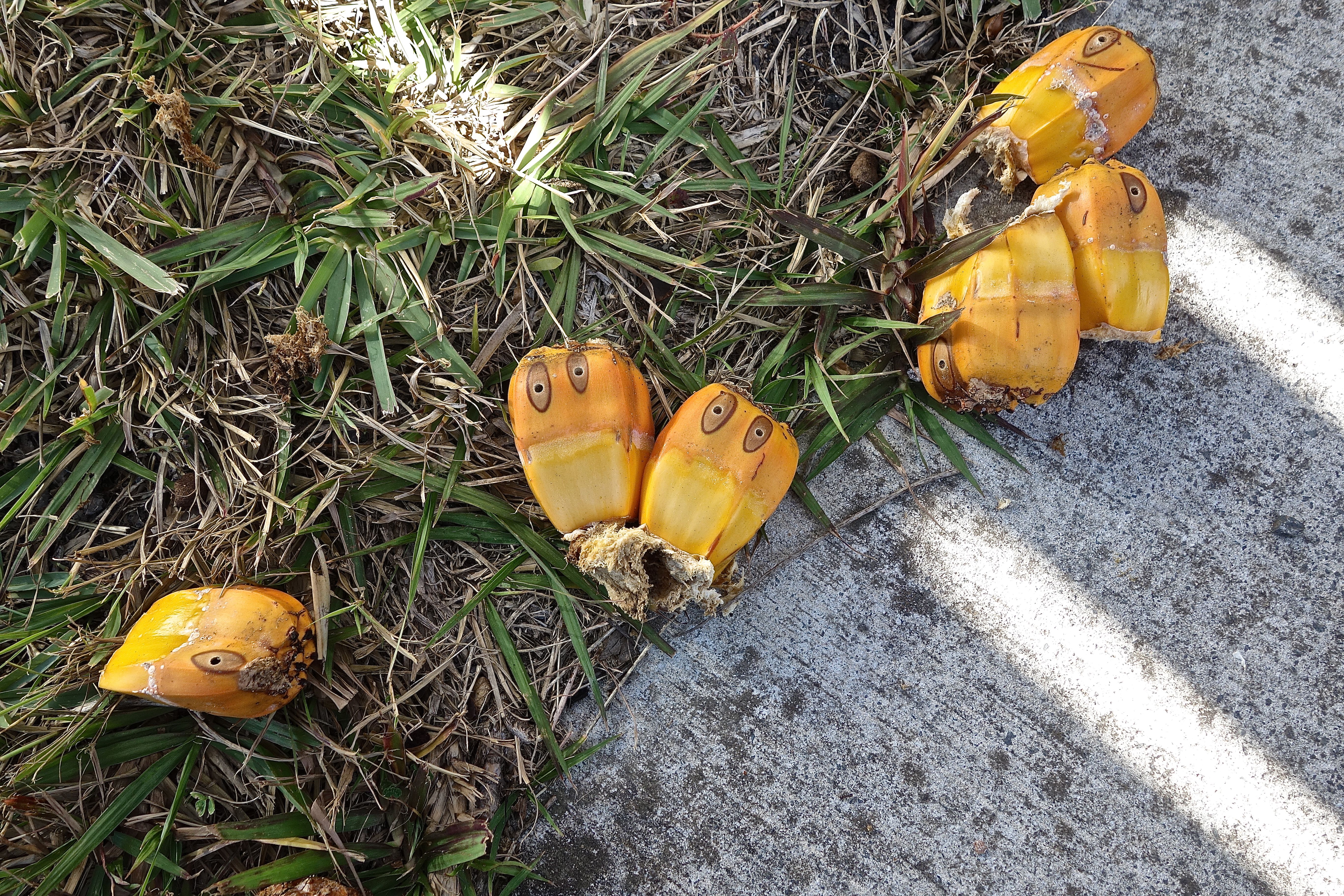 This is a story of mud, bats and abandoned boats.  But it’s also a story of a certain beauty I found in a suburb that was far from a favourite when I was a child.  Fifty years ago, Wynnum was a Brisbane suburb about 20 minutes away from our house, down the road on the edge of Moreton Bay.  In my small mind, families poorer than mine lived there.

So it was weird this month to be holidaying in Wynnum, in a street where many of the old homes have been renovated by owners richer than their ancestors.

My memory of the bay is of mud flats, the poor man’s waterfront.  Sure enough, as I approached the esplanade for the first time in a long time, it was night, but there was enough city light to see the vast expanse of mud.

When I walked to the esplanade in the morning, there was still nothing to see but mud, and rocks tumbling across it from the raised walkway.

To make a fair comparison, I had to see the bay when the tide was in, so I returned mid-afternoon which seems to be a good time to see the sand and sea, sans mud.

For water views there’s not only the ocean;  there’s Wynnum creek and the mangroves where bats sleep, black, upside down and ugly.

But they’re not half as ugly as these abandoned boats in the creek, which the locals must find shameful.  Whose responsibility is it to dispose of them?

So, Wynnum has mudflats, bats and abandoned boats.  Is there anything good about this suburb?  Well, there’s an excellent jetty that projects far enough out into the bay to enable reflection on symmetry, or to turn your back on the mud and reflect on Moreton Island in the distance.

And there are Queenslanders.  I’m a Queenslander because I grew up in Queensland.  But there are also houses that are Queenslanders, and that’s what you can see in Wynnum, beautifully renovated high-set weatherboard homes, set on stumps to allow airflow under the house, keeping it cooler in the sub-tropical heat.  And from upstairs, many of these homes have a view of the bay, a peaceful sight whether the tide’s in or out.

The name Wynnum is possibly derived from Winnam, an Aboriginal word for Pandanus tree, a great number of which grow in the shore-side parks and streets.  Pandanus is a palm-like tree with roots growing out and down in a pyramid form to keep it balanced…

… and it produces large fruit resembling a pineapple.  Bats and possums love it, and it’s edible for humans, as are most parts of the Pandanus tree.  As I walked down the street I caught sight of some niblets of the fruit under one of the trees, looking sadly up at me.

See some more monthly trips on Marianne’s East of Málaga.  She challenges us to take one trip EVERY month.

6 Replies to “One trip EVERY month: July”