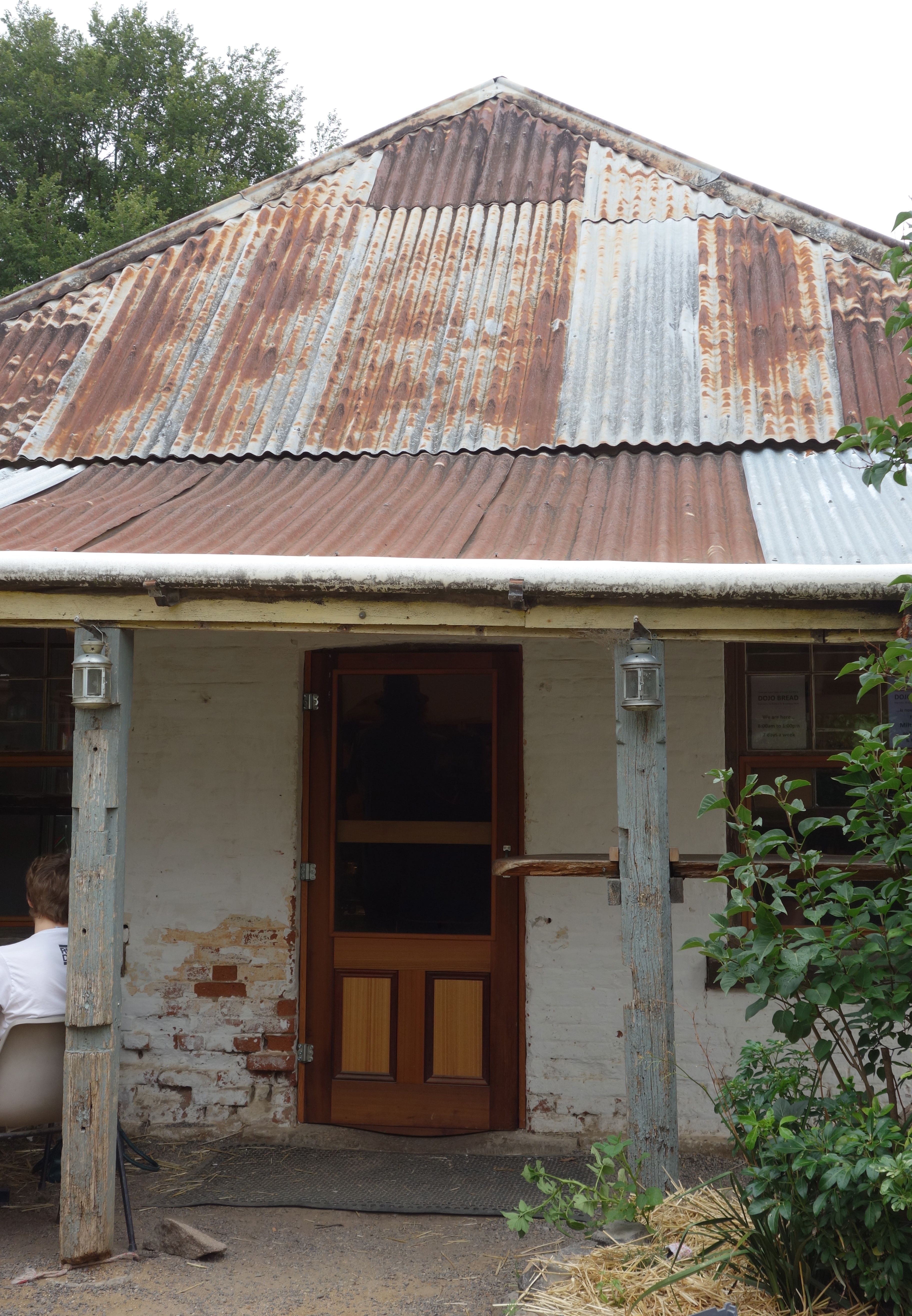 Marianne at East of Málaga says we take trips at least once a month.  Some of us go to countries at the other end of the world and towns on the other side of the continent.  But we all leave our dwelling places now and then and, intentionally or not, end up in a park or an orchard or a beach we’ve never been to.  Marianne wants to know where we go, where our trips, long and short, take us.

For Christmas I was given The Best Women’s Travel Writing, Volume 9 and over the past days I’ve read six or seven of the stories.  I’ve noticed that, like a good tale, each one builds in tension until there’s a turning point, a part where something bad happens and a solution has to be found.

My piece of travel writing won’t end up in The Best Women’s Travel Writing Volume 10; it was just a happy trip to the south coast of NSW, trouble-free from start to finish.  Just one day, a short holiday.  The only turning point was at our destination, at the end of the afternoon, turning the car homewards.

We like to take our time, to stop and smell the coffee.  So after an hour in the car we typically stop in an old country town, Braidwood, for morning tea.  This day, we found many of the cafés were closed, the owners away for their summer holidays.  But behind the shops of the main street a small bakery-café was still open, operating in an old rusty-roofed cottage, with some empty tables and chairs outside under the grey dry sky.  Under the roof, above the door, out of sight here, some dried bread dough letters form a curious introduction to the bakery: “Fee fi fo fum”.

From Braidwood we drove up over the misty mountains and down to the sea.  Our second stop for the day was at Circuit Beach.  Last week you might have seen some photos of my family skipping stones here.  It was a tricky little bay of a beach, with a multitude of flat stones, trunky gum trees and a small cave.

If Circuit Beach is good for paddling and stone-throwing, it’s no good for bodysurfing.  So we moved on to Malua Bay and found a beach divided: a flagged area for swimming, and a no-go zone for swimmers.  My lot said the waves were piddly, and the surfers might have agreed.

Real men need real waves, so we drove on till we found a place with a rugged name, Guerilla Bay, where cliffs were steep and corroded, and grey mounds of rock rose above the sea.  But you can’t surf water that’s millpond flat.  It was only good for stone-throwing, which I’ve discovered looks great in black and white.

We hadn’t given up, because there was always the old favourite to fall back on, a beach which deserves its name, Surf Beach.  The sun came out for the first time that day, the others went swimming and I sat on the beach photographing them.  They’re in the water, far out, where real men surf.  And I’m safe on the sand.

Pretty good day, huh?  It’s worth the two hours in the car to get there, and another hour driving from beach to beach to beach, and the two hours back again.  Back home inland, I laid a few shells on the windowsill to remind me to return to this place of rare pleasure.

But there was another reminder, at my local shop.  They’ve started selling Dojo bread that comes up from Braidwood three times a week.  It’s good bread, but I need my strong arm to get the knife through the tough crust.  Fee fi fo fum.

10 Replies to “One trip EVERY month: January”