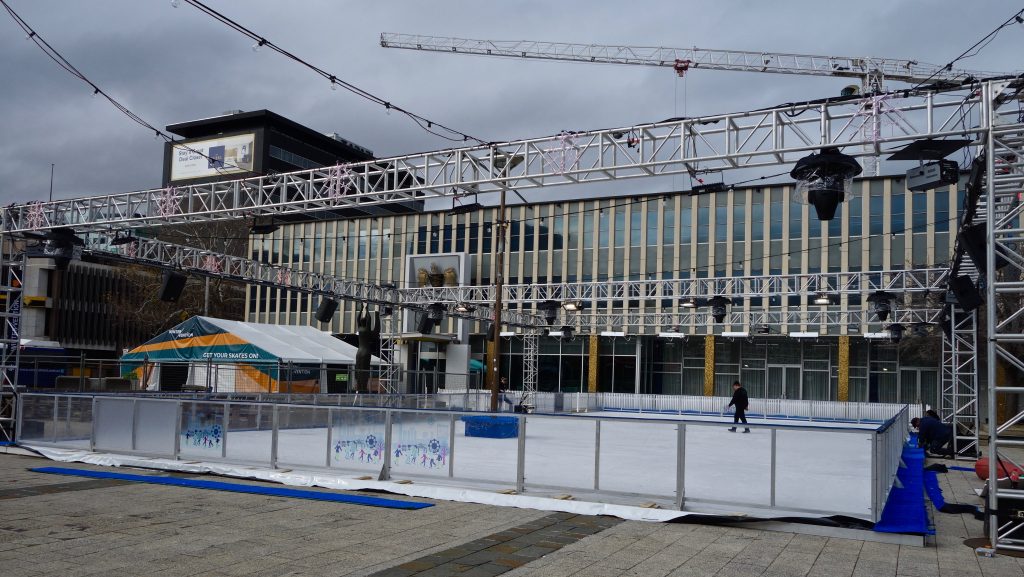 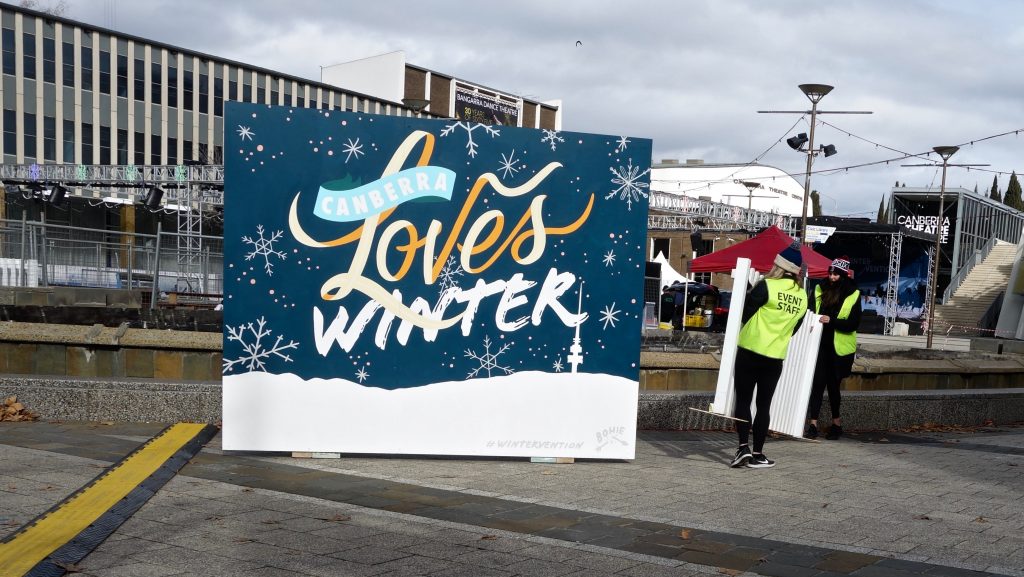 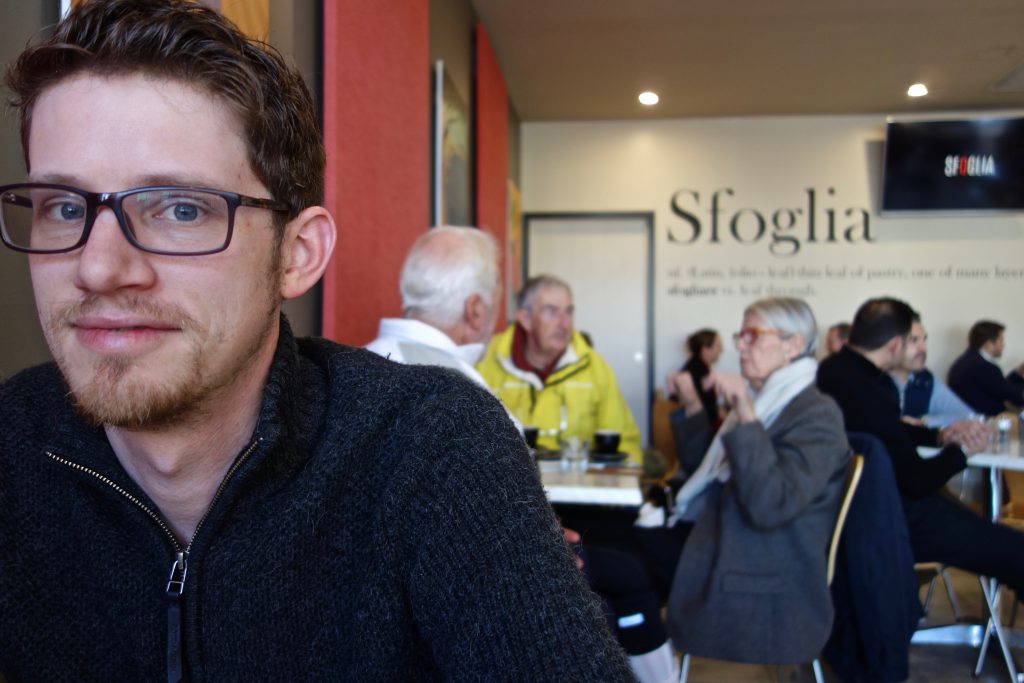 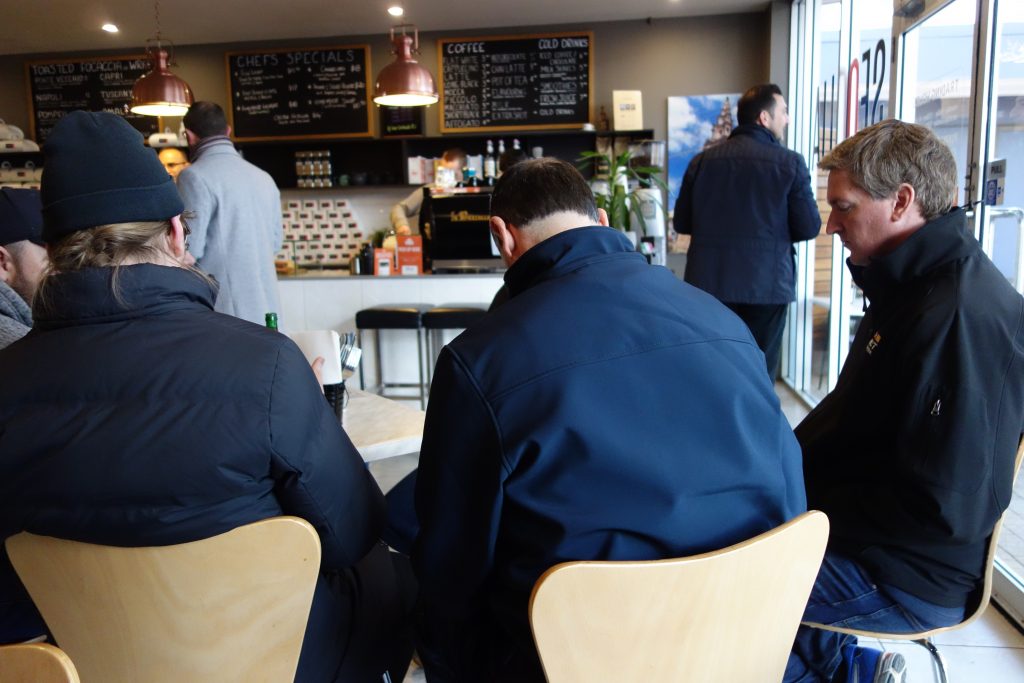 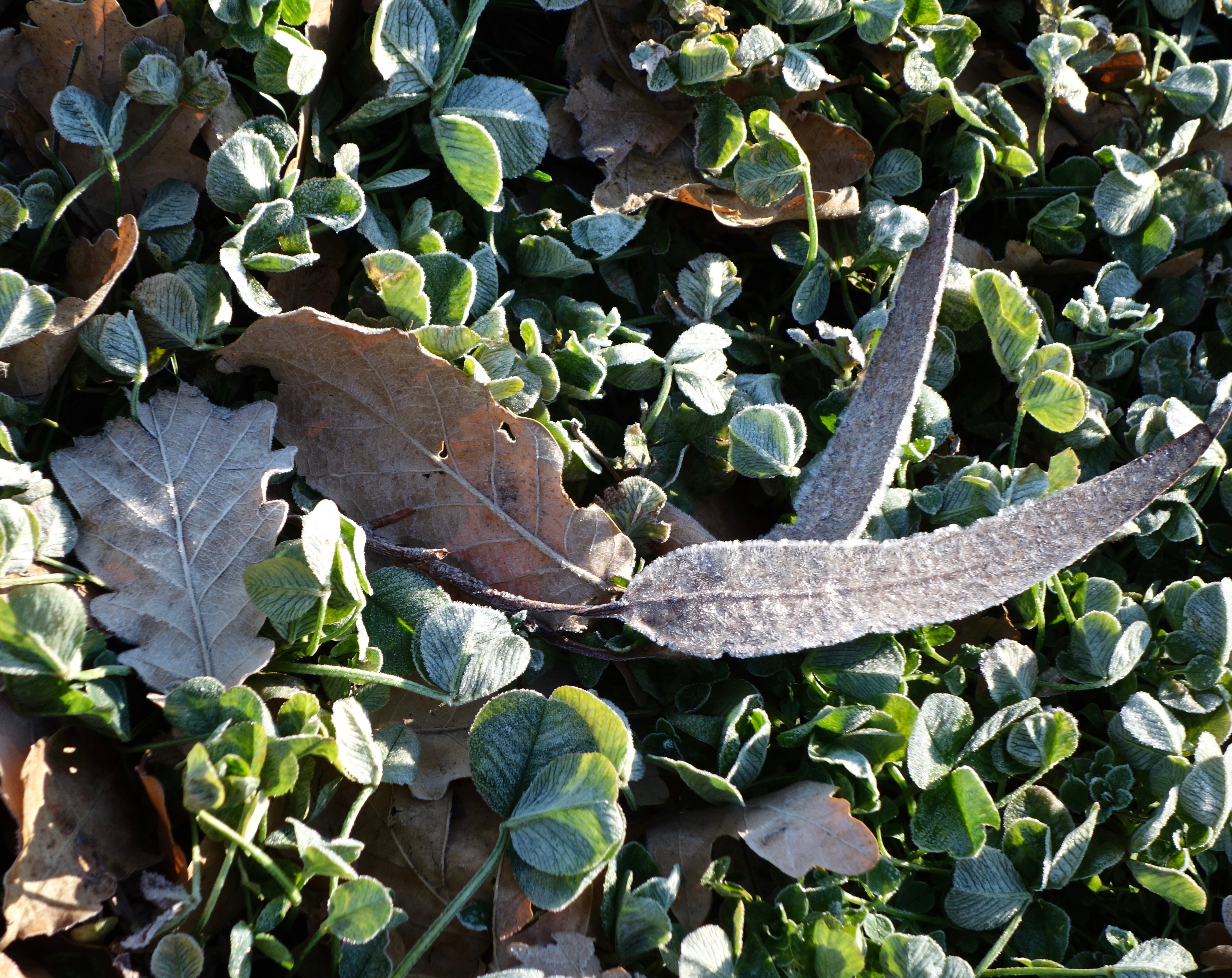 Frosty gum leaves and oak leaves, fallen side by side.

I love this place. My face is icy but my neck is warmly wrapped. After days at home with a winter head cold, I’m out for a walk, cooling my cabin fever. In this early morning stroll along Anzac Parade and down to the lake, I pass ten people, each of the encounters some minutes apart. It’s strangely quiet, Canberra. It doesn’t have the buzz of the big cities, it doesn’t have the bustle. Later in the morning there’ll be buses of tourists arriving to view the memorials on Anzac Parade, and public servants will be walking between buildings and car parks. But right now as a pedestrian, I have the footpaths of the Parade virtually to myself.

A local radio station, Queanbeyan FM, frequently plays a snippet from Troy Cassar-Daley’s song I love this place. I know why they play it.

Check out Cardinal Guzman’s blog for July in Norway: https://cardinalguzman.wordpress.com/2017/07/18/the-changing-seasons-july-2017/ 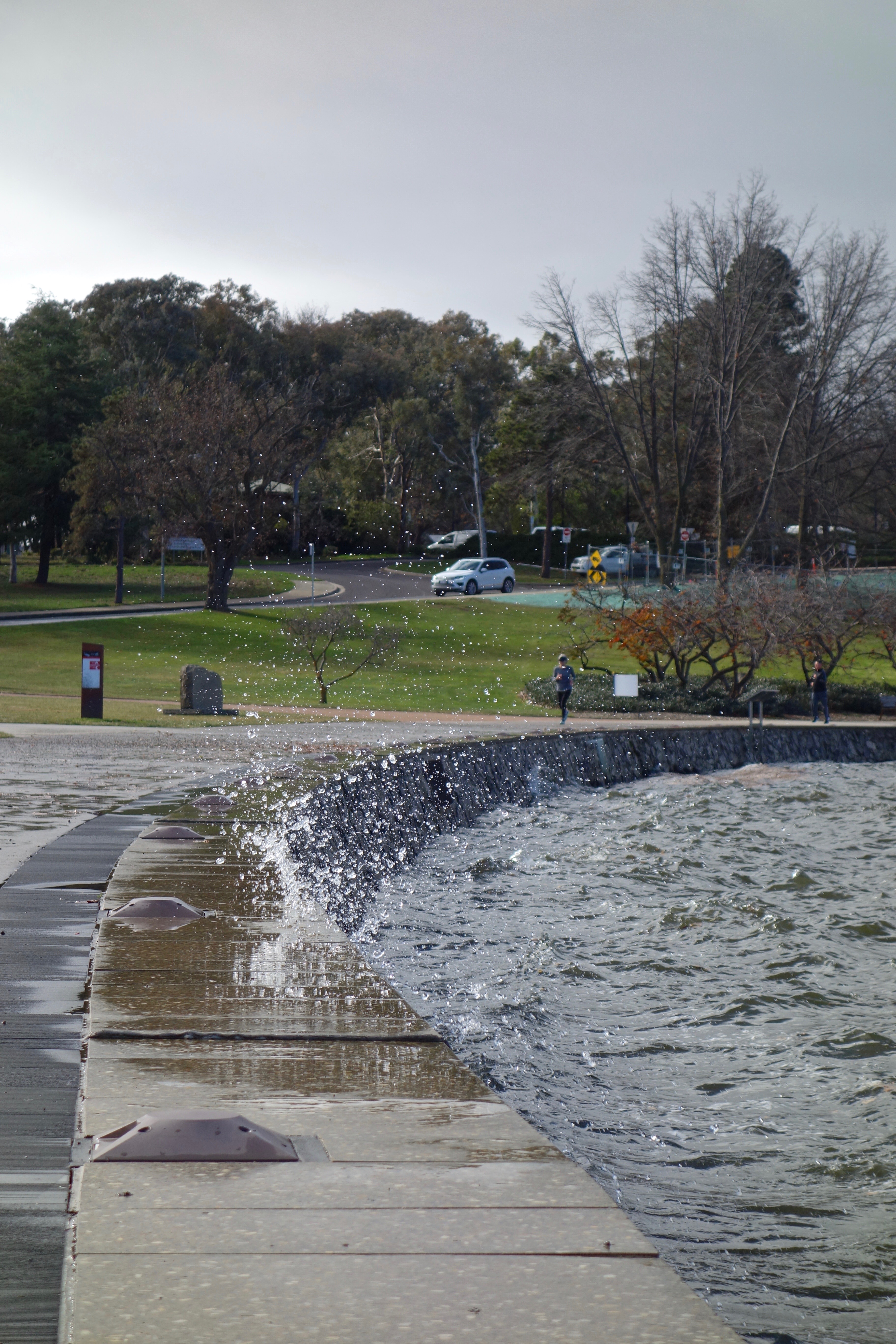 It’s officially the first month of winter in Australia. Here in this part of the country that’s more wintry than most, many of the trees are leafless, the maximum today is 13, feels like 8, the public servants still run morning, noon and night even when the wind is blowing at 35 knots, and if you’re standing beside the lake taking photos of the landscape, you get wet. 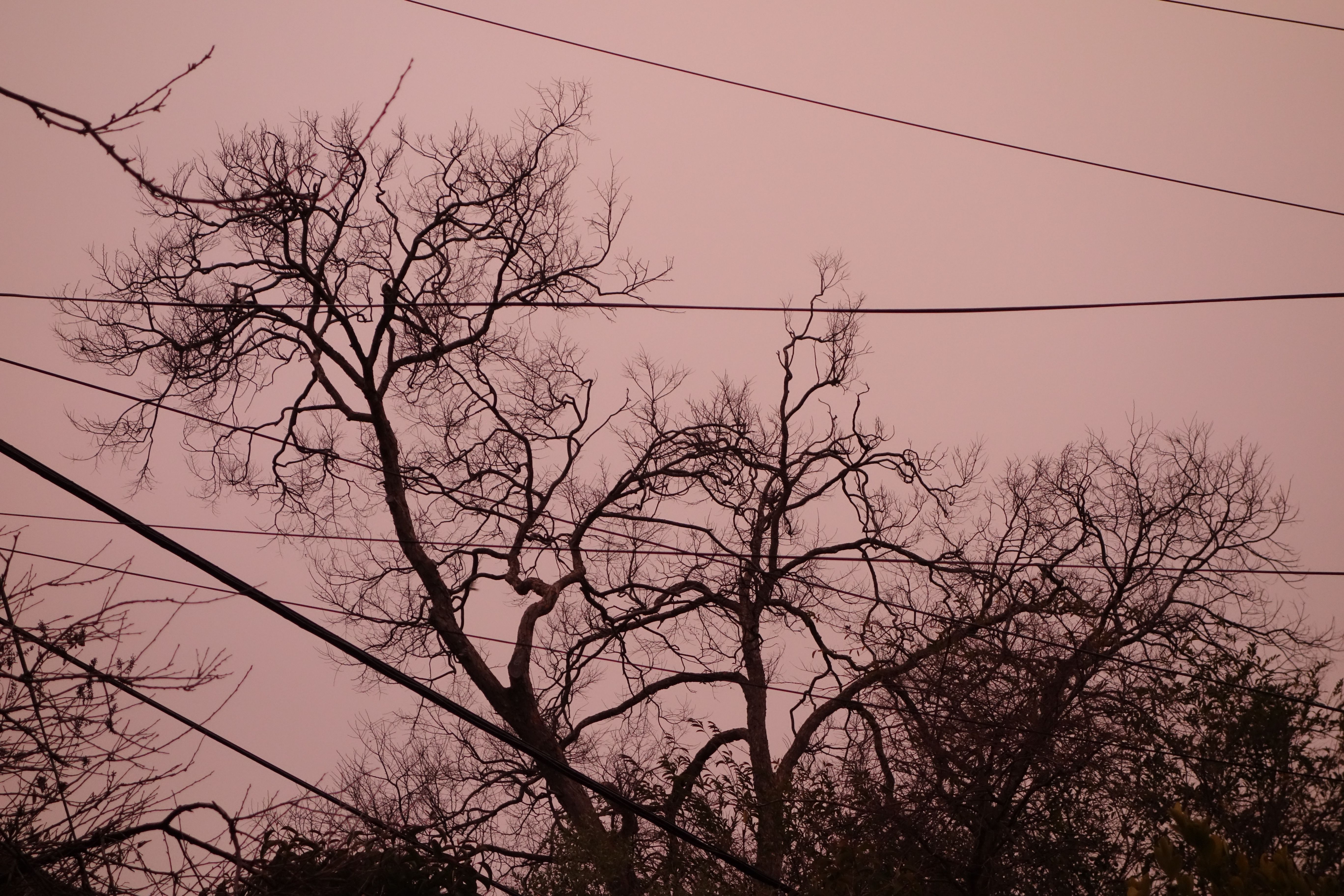 When I read the weekly photo challenge to take a photo at the golden hour of sunrise or sunset, I thought, well, I already know about sunset light, so why not make an effort to study the light of sunrise.  But to do that I’d have to get up at sunrise on Sunday.  I had no intention of doing that.

Then, this morning at ten to seven, after six hours’ sleep, I woke to see my room suffused with pink.  At first I ignored it.  Too tired.  But I dared to open my eyes again a few minutes later and the light in the room was tinged with reddish purple.  I jumped out of bed and raced to find my camera, knowing that coloured light is fleeting.  You can see that I took the first photo at three minutes past seven – it took me that long to get ready for my cold back yard.

The official sunrise time was 7:10am, but Canberra was pretty in pink before that moment.  Not really a ‘golden hour’; more of a ‘rosy hour’.  When the actual moment came at 7:10, the pink glow had mostly gone, faded to grey.  It’s mid-winter here;  the temperature was about 6 degrees, a few degrees warmer than usual for this time of morning; the sky today is completely covered.  I know the sun was behind these rosy photos but I never saw it.