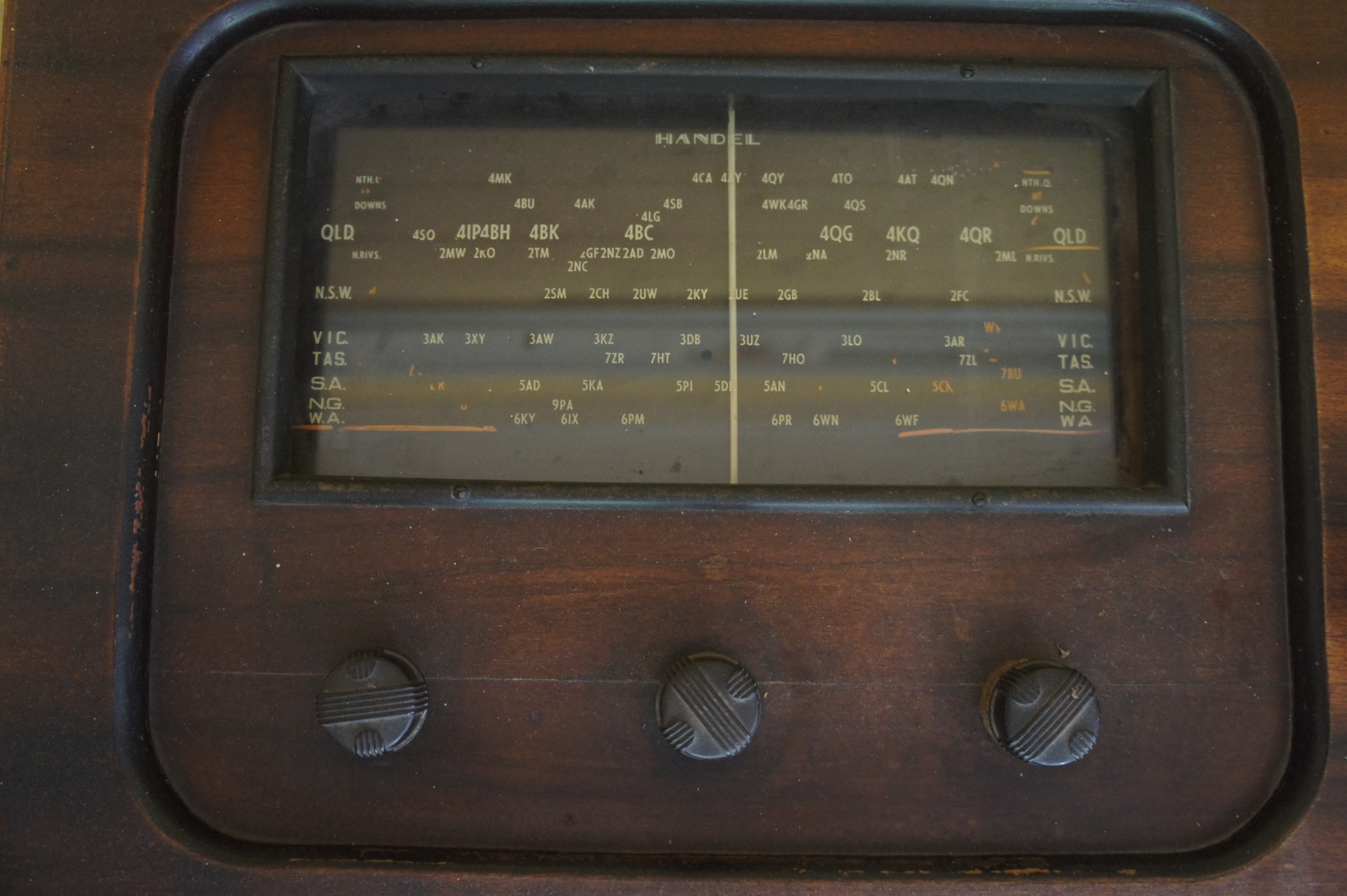 This was the instruction for yesterday’s daily prompt.  When I read it, I thought ‘I can do that’.  I immediately took my small camera from its small drawer and walked outside.  My husband was sitting at the outdoor table with his cereal bowl and glass of juice.   But my eye fell first on his computer.  I clicked.

I turned round, stepped back through the door and the first thing I saw was washing waiting to be folded, but the instruction is to record the second thing.  I turned my head;  it was the console radio that I saw, that I always see, with its photos of Renaissance architecture in Lyon, and a photo of my mother.  Not long before she died.  Click.

My father listened to this radio at a quarter to the hour, every hour, beginning at 5.45am with the first major news bulletin.  He would turn it up so it could be heard from the kitchen where he was eating breakfast, and I would wake and groan.

By contrast, and yet similarly, my husband reads the news on his computer while eating breakfast.  The technology has changed but the need for these two men to know the latest world news is the same.

There’s a broken thread in the connection:  the radio hasn’t worked for years.  When I inherited it from my family home, my husband, a former radio technician, said he could fix it.  But after opening it up and fiddling long inside, he wasn’t able to get it going.

The actual radio in the radio console is beneath the flowery frame, but if I remove the clutter, you can see it.  Looking closely at the panel, I remember something:  this Handel radio was made for Queenslanders.  See how the station indicators are bolder?  And I notice there’s no row for the Northern Territory, but there’s one for N.G.  Is that New Guinea, I wonder?

A thought tickles me:  I imagine one of our sons in thirty years with an inherited computer, opening it up and operating on it in the hope of reliving his father’s newsreading breakfasts…