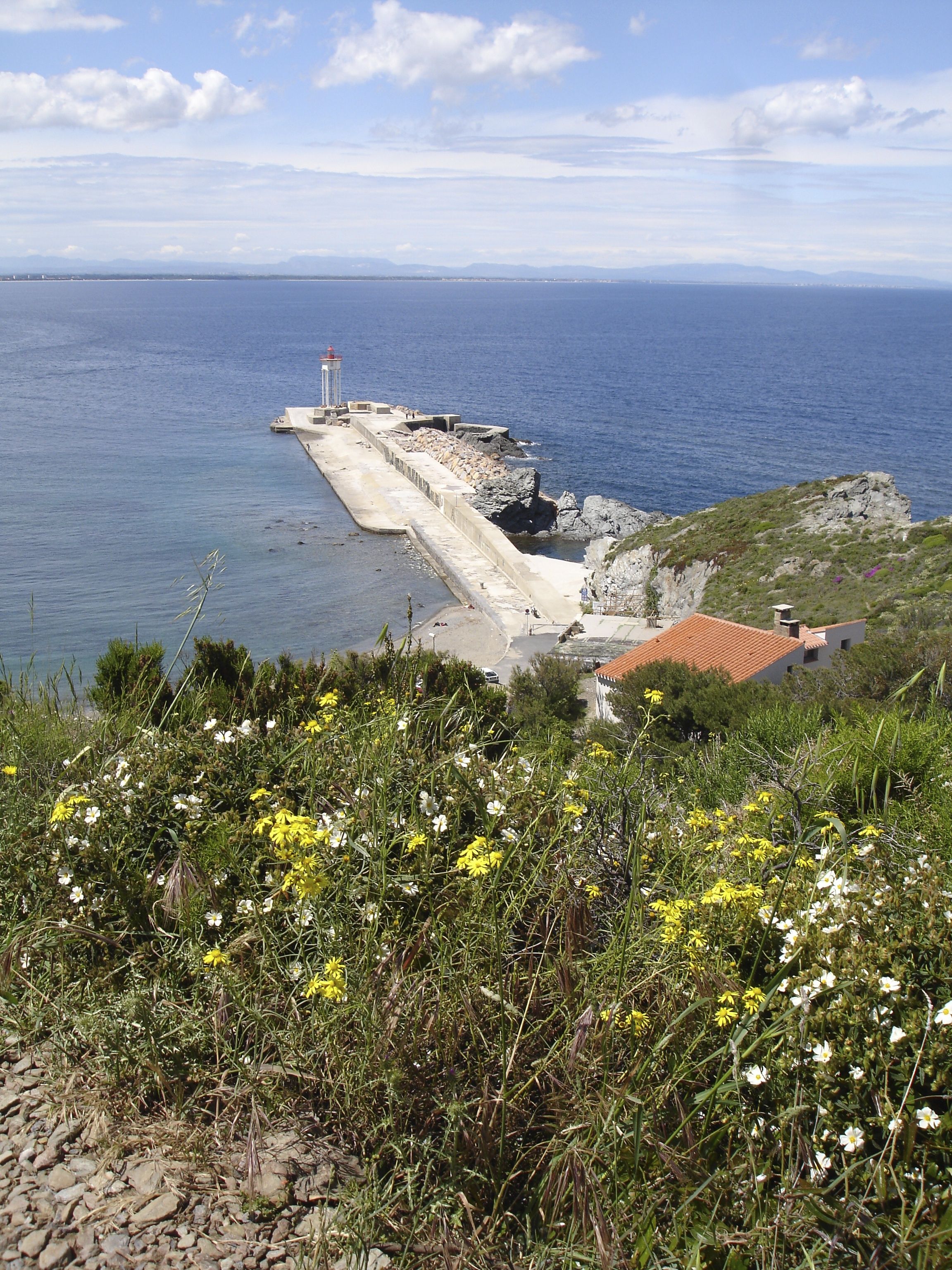 I’ve walked a million miles in the past few weeks, many of them on sealed surfaces and others on dirt paths.  The following photos were taken on two difficult climbs.  The first two show the path up to the Abbey of St Martin of Canigou in France;  I walked up the 3 kms and down again which was steep but not TOO harsh because the path is sealed.  But some older people in our group took the optional jeep ride which apparently is not always better;  some said they had vertigo looking at the edges.

This next photo was taken from half-way up a steep dirt track on my way to Cap Béar, though I never got there.  When I reached this point my heart was pounding and I was breathing heavily, absolutely alone and a wee bit scared, so I made the decision to descend.  The track is grazed out of the hillside and sometimes supported by improvised stone steps.  Very steep but not frightening for genuine hikers.  And on the subject of pathways, from up on the hill there’s a great view of the pathway to the lighthouse, that is, the jetty.

This post was inspired by Ailsa’s Pathways: have a look at the awesome paths she has trod.