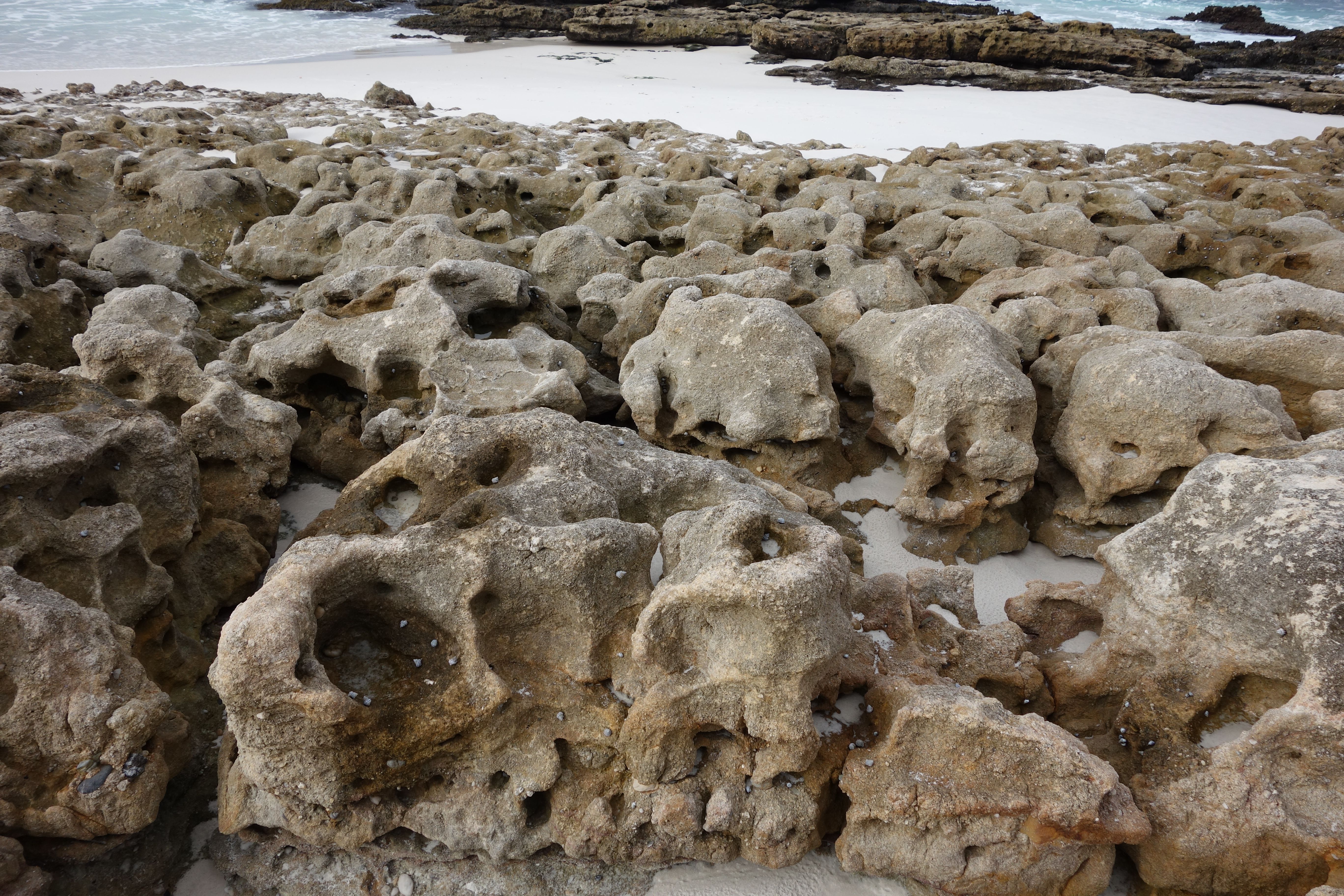 Ailsa is looking for photos of ripples.

Yesterday I was on Hyams Beach in Jervis Bay, NSW, when I was taken aback by this rippling rock erosion that resembles skulls:

And the ripples led to a flow, crossing Hyams Beach, one of the whitest beaches in the world;  its fine white grains are mostly composed of quartz.  In the distance that’s my husband again, as he was in my last post:

And this morning in the icy atmosphere of a highland reserve, I saw the rippling Yarrunga Creek rushing through heavy fog towards Fitzroy Falls:

Again, the ripples led to a flow and then a plummet a short distance further on where the water tumbled over the edge;  there was just enough visibility around the waterfall to take this photo.  The rest of the space was white, like standing in cloud.

I remembered seeing a recent photo of these falls on another blog, where Christopher captured the water in sunlight. :  http://christopheryardin.com/2013/06/17/travel-theme-flow/

It’s worth a look!