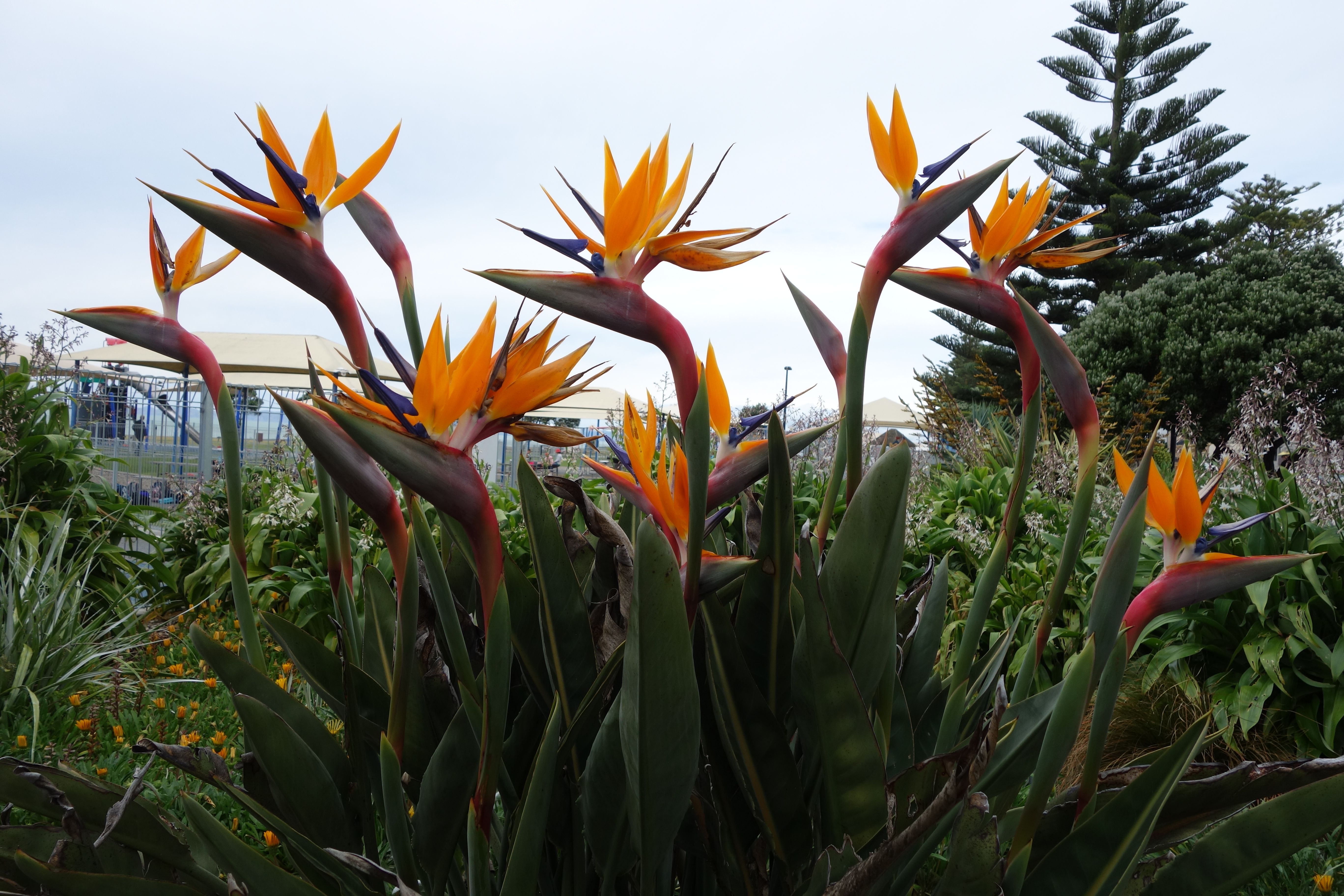 After spending time in Auckland, New Zealand, and driving through the volcanic plateau, we moved on for a great week in Hawke’s Bay on the east coast of the North Island.  Again, as last week, I found broad strokes of individual colours wherever we went.  There was plenty of:

A matching blue bay and sky:  the view from our accommodation.  Most days.

As in Auckland, there are lots of white houses in Hawke’s Bay, especially the older wooden houses, the type that survive earthquakes.  But there are plenty of creative individuals living here, like the neighbours who built a house with a cylinder attached and painted it with a yellow that says ‘look at me!’.

Red Valerian is a beautiful flower that’s not red but rather a couple of shades of pink, and springs up in any crack where a seed has fallen.  In New Zealand I saw it growing in most gardens, jutting out of retaining walls, through rockfall-catching wire on cliff faces, and on the seashore.  Some call it a weed, some call it a colourful filler.  No doubt it needs to be controlled.  I took this photo in drizzle under a grey sky.  The blue days had passed…

There are also flowers around Hawke’s Bay which there should be more of, like Bird of Paradise with its orange crests.

When we climbed the moist leaf-littered paths that wound uphill through Tiffen Park, we saw masses of blue and purple flowers growing wild.  I don’t know what they’re called but I hope they’re not invaders.  Here we were about a third of the way up the hill.  When you go to New Zealand, you go up a lot of steps, steep streets and driveways, hills and cliffs.  But going down feels really good!

On the walls and in parks in Napier, there are quotations written or sculpted which offer promise and hope.  They are signs that this town has not only revived after a horrendous earthquake back in 1931 but is thriving partly because of it.  The town was rebuilt in Art Deco, the style of the time, and today it is unique as an example of this architecture constructed in the two-year period 1931/32.  The quotation below which I saw painted in an otherwise interest-free alley is a reminder that good things can come from bad.  If you can read backwards, that is.

And here’s an example of one of the buildings constructed in the Art Deco style after the earthquake and recently refurbished, attracting masses of tourists each week.  It’s open to the public and just as handsome inside.

We went on a two-hour trip with a Maori elder, Robert McDonald, up to a peak, Te Mata, where he recounted the history of Maori in New Zealand.  In the photo below he stands next to his tribe’s pou whenua, or land post.  Its face is carved like that of Robert’s ancestor, one of the Waimārama chiefs who signed the Treaty of Waitangi in 1841 with the European settlers. At the bottom of the second photo below, (actually the Waimārama Maori Tours information card), is his mark made on the Treaty and the words he spoke, ‘te tohu o te tangata’ which mean ‘the mark of the man’.  His facial tattoo indicates his status as an important chief of his tribal group.  The portrait was painted by Gottfried Lindauer, an Austrian artist who painted many Maori portraits in the late nineteenth century, some of which I saw in the Auckland Art Gallery and more of which you can see here.  They’re stunning!