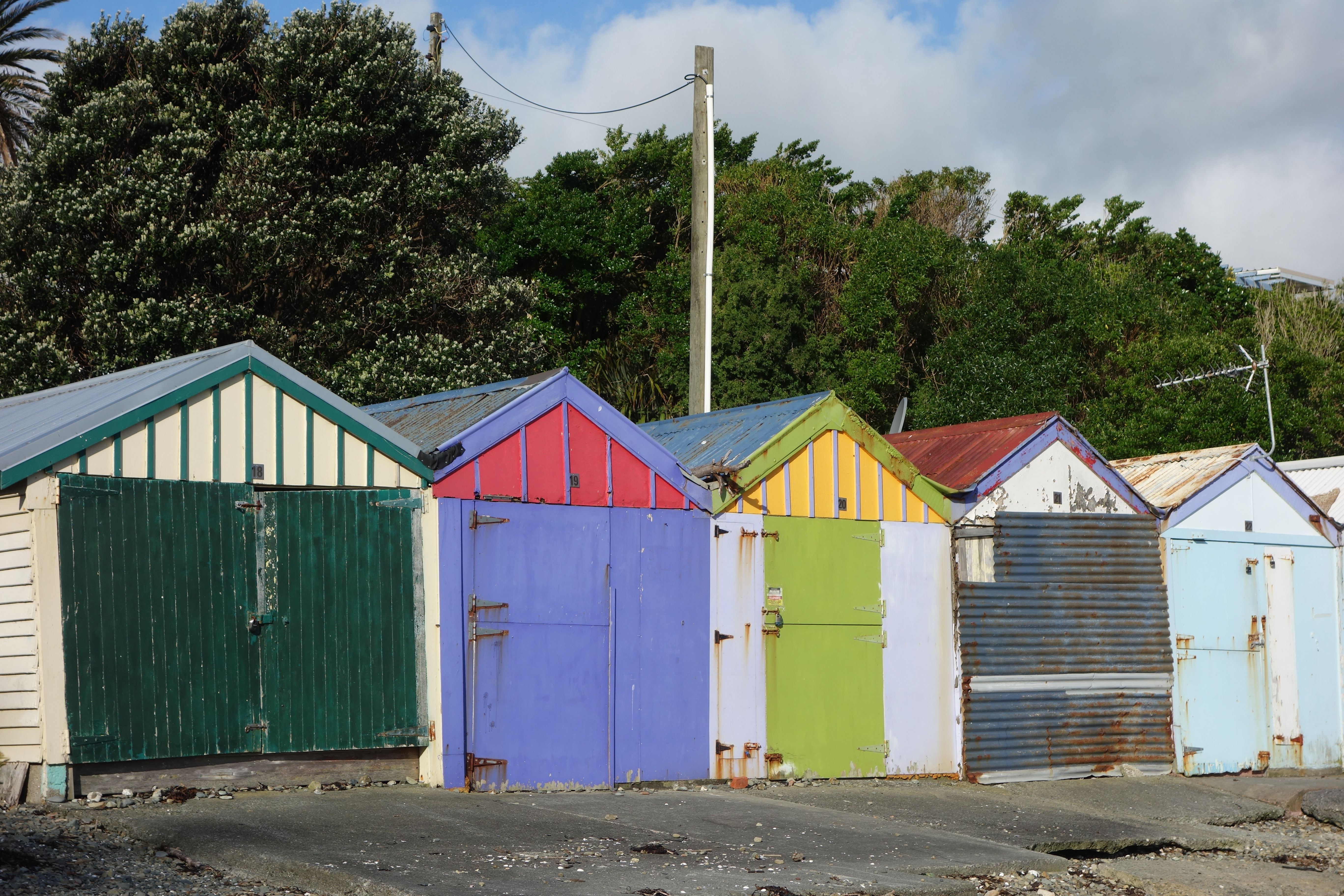 Last week I posted photos from our time in Auckland, and on the volcanic plateau, and in Hawke’s Bay on the North Island of New Zealand.

Our last stop was at a small bay north of the capital, Wellington.  To say it was windy would be an understatement.  It blew cold constant gusts that drew my hair up and out and often over my face at the moment I wanted to click a photo.  Many of my shots were taken blind, like a lucky dip photographer.  Take a look at these trees on the beach;  there’s no way they can grow vertically!

But before we got to this little place, Titahi Bay, we drove through an interesting town established by Scandinavian immigrants in the 19th century: Norsewood.

In Norsewood, we went through this little museum which must have had the same architect as the Literary Institute in Gundaroo, NSW!  The museum is painted a rich burgundy red, a contrast to the snow-white houses we saw everywhere in New Zealand.  By the verandah grows a great bunch of deep pink Watsonias, another flower that appeared in all sorts of gardens in NZ, even neglected ones.

While the iconic blue-green-purple Pāua shells are found on most beaches and are available in all the souvenir shops, I found something else, less common but equally iridescent and resembling the Pāua shells in their colours – this turn-of-the-century wedding dress on display in Norsewood museum.  Clearly, the Scandinavian migrants had to improvise and make do in this strange new land;  both the bodice and skirt are decorated with beetle casings:

At each end of the curving beach of Titahi Bay, there are colourful boat sheds sitting on one of the flattest pieces of ground in this region: the beach.  See the hill behind them?  In this area near Wellington every house is built on a hill, all with someone else looking down on them (except those at the very top!).

And that’s it for our colourful New Zealand holiday.  There were many other places we visited along the way, but I’ve enjoyed leaving some hints of this country’s beauty here on this blog.  You have to go there!  And I have to go back!

3 Replies to “The colours of New Zealand – South North Island!”