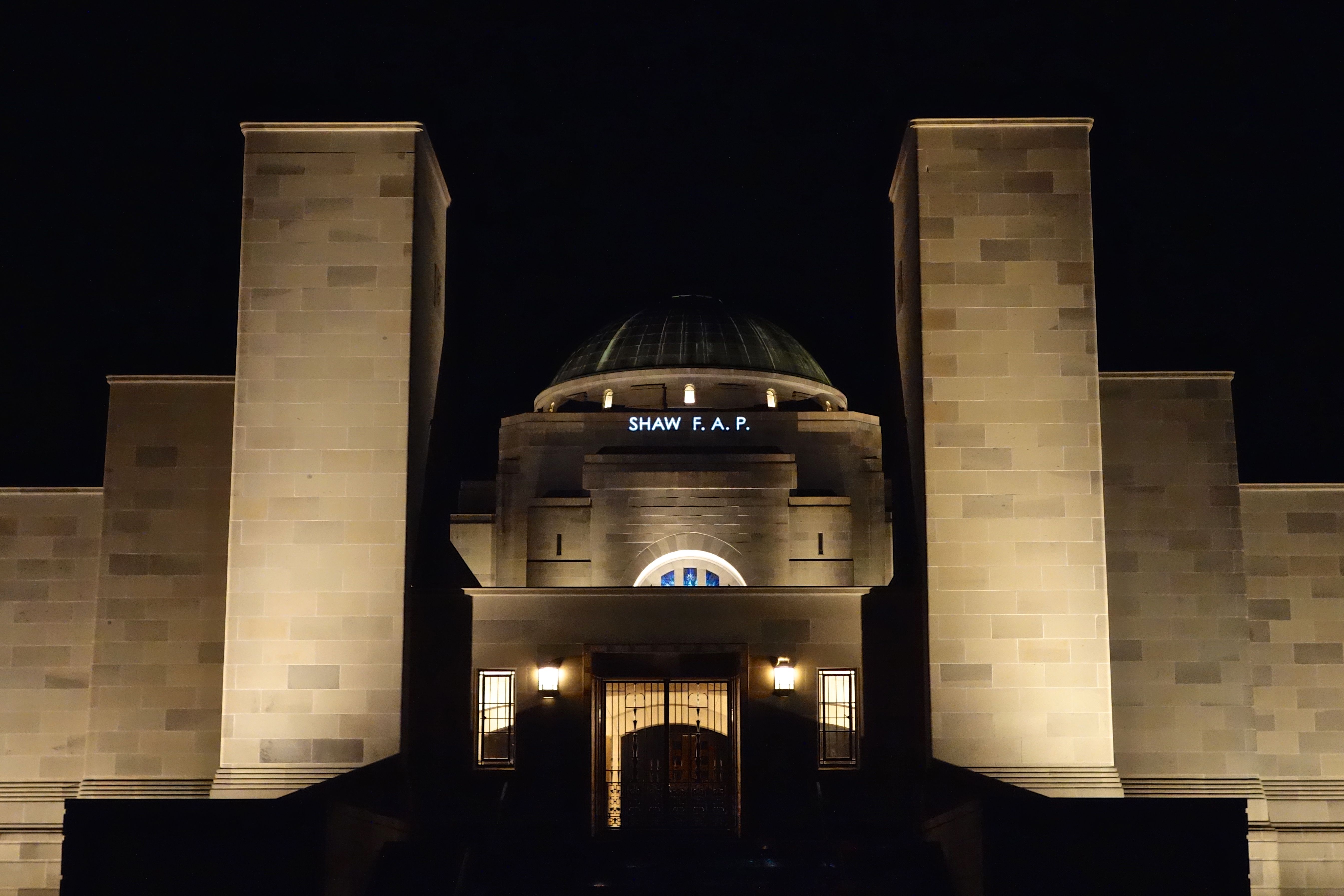 Last night I went to the Australian War Memorial for an 8:58 pm appointment.  At this moment, Frank’s name would be projected onto the exterior wall of the Hall of Memory, an honourable way of remembering the soldiers who died for Australia in World War One.  Every 30 seconds a new name appears.  There are 62,000 names on the Roll of Honour which will all be displayed several times between 2014 and 2018, from sunset to sunrise.

Frank was my first cousin twice removed.  Or, if you like, my grandfather’s cousin.  He was the third son in his family to be killed in action in France; the first one died in 1916, the second in 1917, and Frank in 1918.  He was 23, had been promoted to Lance Corporal, was twice recommended for decorations and was congratulated for conspicuous gallantry and daring in reconnoitring enemy positions in February 1918.  Five weeks later he was killed by the enemy on 5th April, 1918 in France.

After receiving news of the death of a third son to die on the Somme, Frank’s father asked the Defence Department to send home his personal effects.  And so, in July 1918, the effects of Frank Albert Percy Shaw were sent with the SS Barunga.  In case no. 1153 were a two-Franc note (damaged), a wallet, a note case, photos, two prayer books, a letter and a YMCA wallet cover.  On 15th July, the Barunga was torpedoed by the enemy and was lost with all cargo.  But, at last some good news, she was carrying invalided troops back to Australia, and all on board were saved.

The Barunga, with the personal effects of a number of soldiers who had died, is still sitting on the ocean floor off the Isles of Scilly, south-west of Lands End, England.