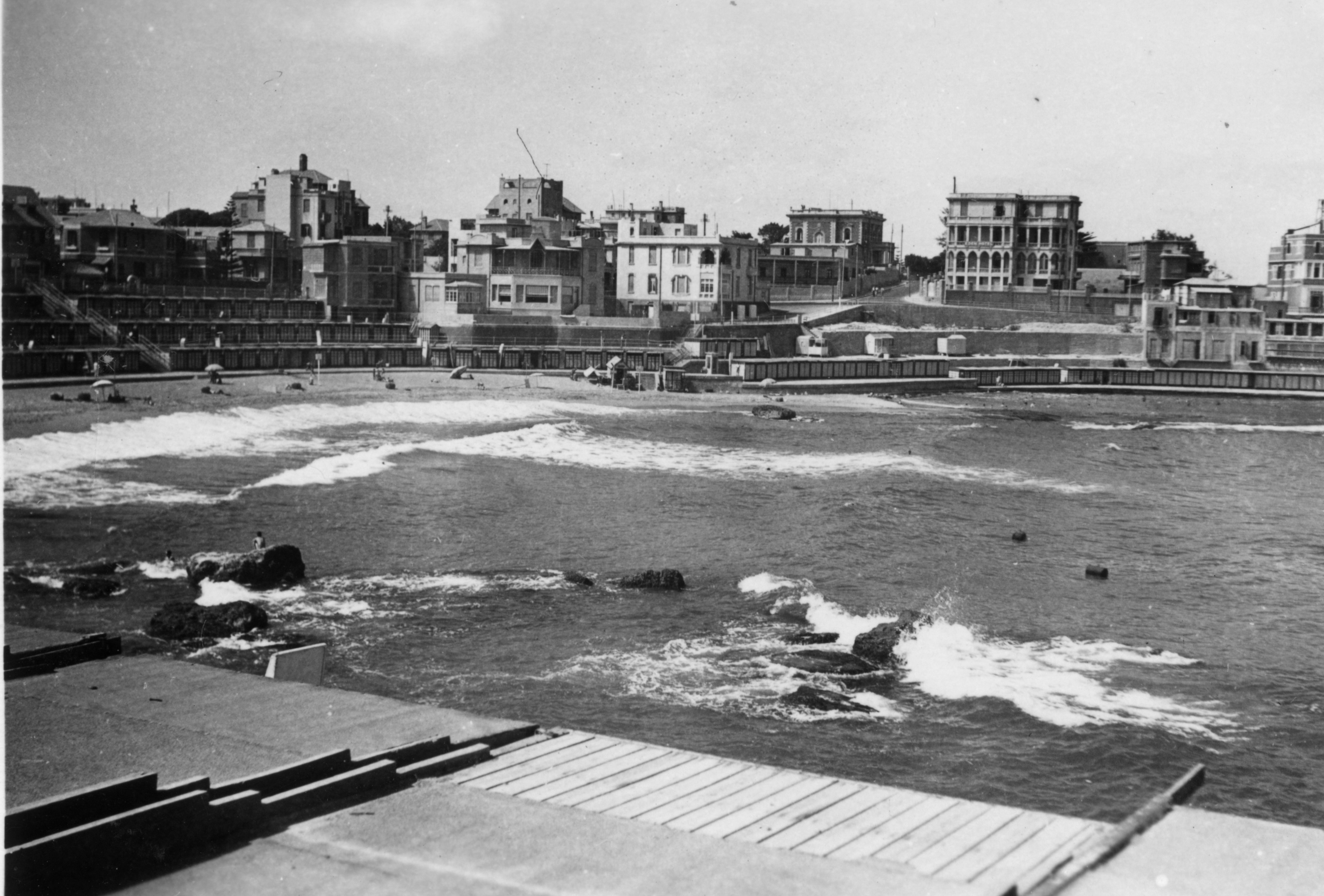 Where land meets water in a large city, we build homes and offices for the short walk to the beach and the long view of the open sea.  It’s a place to turn our backs on all that disturbs us in society.

For Ailsa’s Land Meets Water photo challenge, here’s a photo of Stanley Bay, Alexandria, Egypt in about 1941.  The corniche, the road running round the coastline, was constructed in 1935.  The descending levels of concrete bathing cabins added on the shoreline form an amphitheatre that looks onto the Mediterranean.  Here in 1941 people are bathing in the sun and sea, and, by all appearances, are unafraid.  Yet in May, June and December of that year there had been fierce enemy air and sea attacks on Alexandria with hundreds of people killed and injured.  In this scene there are bathers on the sand, in the water and on the rocks, as though all is well.

Today Alexandria is not facing the same threats, but the population has multiplied.  Modern photos show the corniche lined with high-rise apartment blocks, not as picturesque as those in the 1940s, and with not nearly as much space to roam between buildings.  And town planners seem to have had second thoughts about the bathing boxes, which have disappeared.  Only the sea remains the same.

The photo is from my father’s WWII album.