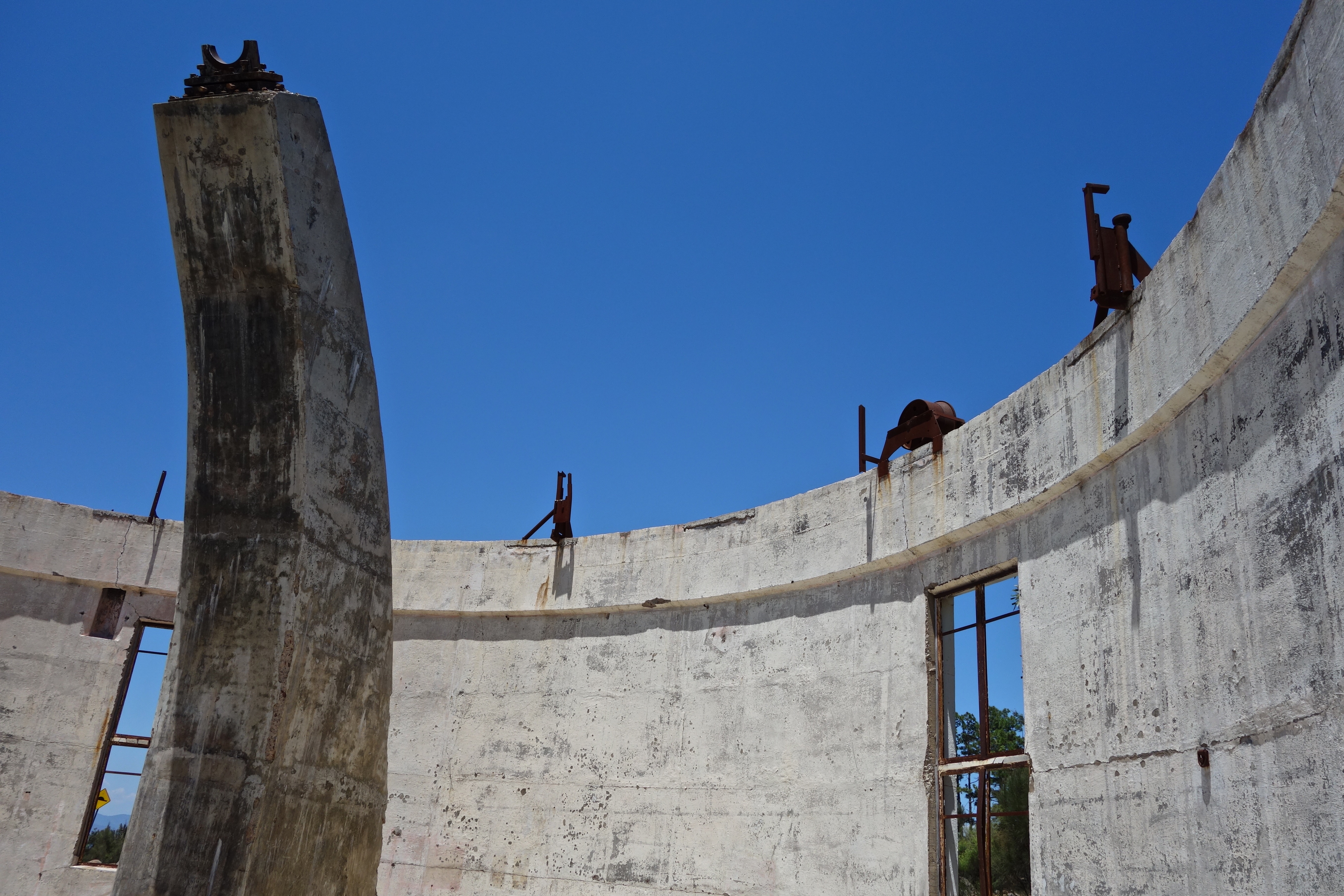 Today when I was out and about I stopped by the Mount Stromlo Observatory. In January thirteen years ago the Observatory’s large telescopes were destroyed or rendered useless by a massive bushfire, and now the buildings have become much-visited ruins. Here are some photos of one that feels strangely weighty and weightless when you know that heavy equipment used to occupy this cylindrical little structure, but exists no more. Now there is only air and echoes and imagination.

When I was in the shell of the former Yale Colombia Refractor telescope, I thought of the dome that burned and the heavy supports for the telescope that survived the fire and that now make dramatic photo props. It’s a special experience to enter the round space, which looks like nothing but a sad burnt-out shell; but there is always something good to be found in something ugly, you just have to look and think hard enough. Here it’s the echoes that come back at you when you open your mouth to exclaim amazement, and it’s the surprise view when you look up and see the rusted wheels that enabled the dome to turn, still sitting on top of the wall, silhouetted against a blue Australian sky.

A few days after the fire, it looked like this:

The year before the fire, it looked like this:

Since the 2003 fires, there have been no working research telescopes at Mount Stromlo. However, offices and workshops for astronomers and astronomy students from the Australian National University are still situated here.

Thanks WordPress for the photo challenge, and for suggesting that a collapsed ruin evokes weight(lessness)…