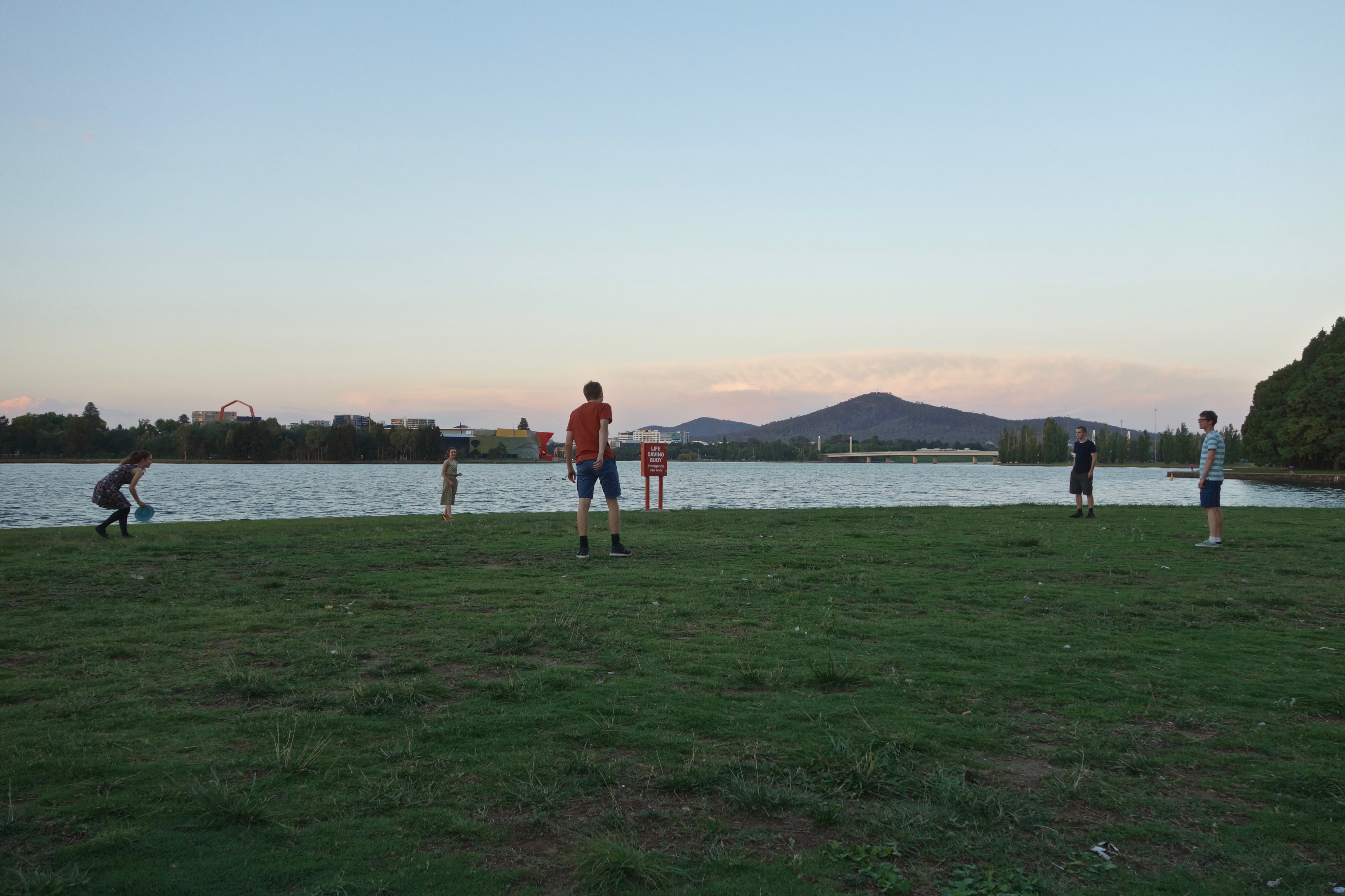 From Core of my heart, by Dorothea Mackellar (1908)

An opal-hearted country,
A wilful, lavish land –
All you who have not loved her,
You will not understand.

It was Friday, the end of the week, the end of the day, the end of my birthday. My family had picnicked on fish and chips by the lake, and then in the half-light of the evening the younger ones pulled out the Frisbee. The blue of the sky and water dimmed as they played, and I thought of my opal-hearted country.

I joined in the game briefly, but was frightened, like a girl, of the speed of the thing tearing towards me, and rather than confront it, I ducked, but duckers are no fun. Not wanting to spoil their game, I returned to the table to pack up. Besides, half-light is not enough light for catching a hurtling object.

When I turned round, three of them were standing at the water’s edge. The green of the distant trees was darkening and Black Mountain was indeed nothing but a silhouette. The sky and water were now mauve, and one of my sons had dropped onto all fours on the lake’s stone edge. Was he going in?

I could hear them laughing, which was some comfort. The February evening was warm, and he wouldn’t be too chilly if he ended up in the drink.

Ah! It was the Frisbee that had gone in! Clearly, it takes not just one good man, nor two, to rescue a plastic flying disc. Here was my son, his father holding him by the arm, his brother holding his leg. But was his arm long enough to draw the Frisbee to his side?

Yes! The Frisbee lives, to be played with another day. And although he was as far over the side as possible without actually being in the water, nothing more than his arm got wet. Neighbouring picnickers applauded his amazing feat! Then, with the light all but gone, we retired to the house for supper.

Thanks WordPress for the inspiration. And thanks also to an evolving scientist for reminding me of Core of my heart.