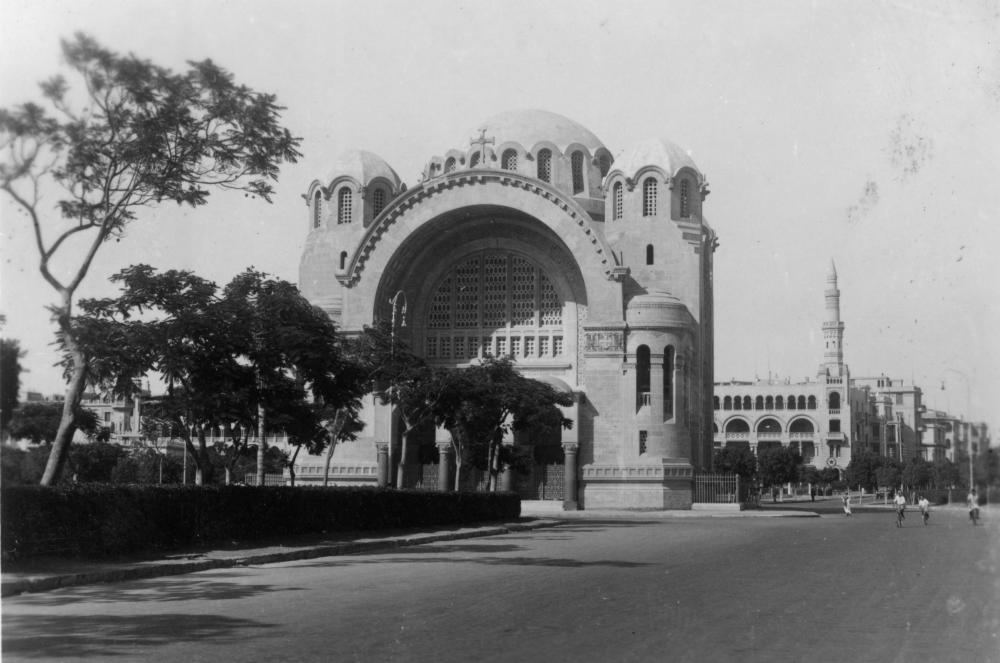 This week’s photo prompt, Curve, immediately made me think of the semicircular arches on the Catholic Basilica in Heliopolis, Cairo, or Basilica of the Virgin Mary. I’ve written about it and posted a few photos in other posts, for example here and here and here, but I have a fourth one from a different angle. It’s a church that’s not particularly Roman Catholic in a western European sense, but rather more like the Byzantine basilica, Hagia Sophia, in Istanbul, which also has large semicircular arches on its sides, and multiple domes. The Heliopolis basilica is deceptively cake-like in this photo and doesn’t look too monumental, that is, until you look at the little man walking down the road!

I post these images for those who are interested in not-so-ancient Egyptian history; they are from my father’s war album, a collection of photos he took in 1941/42 as well as photos from his mates.