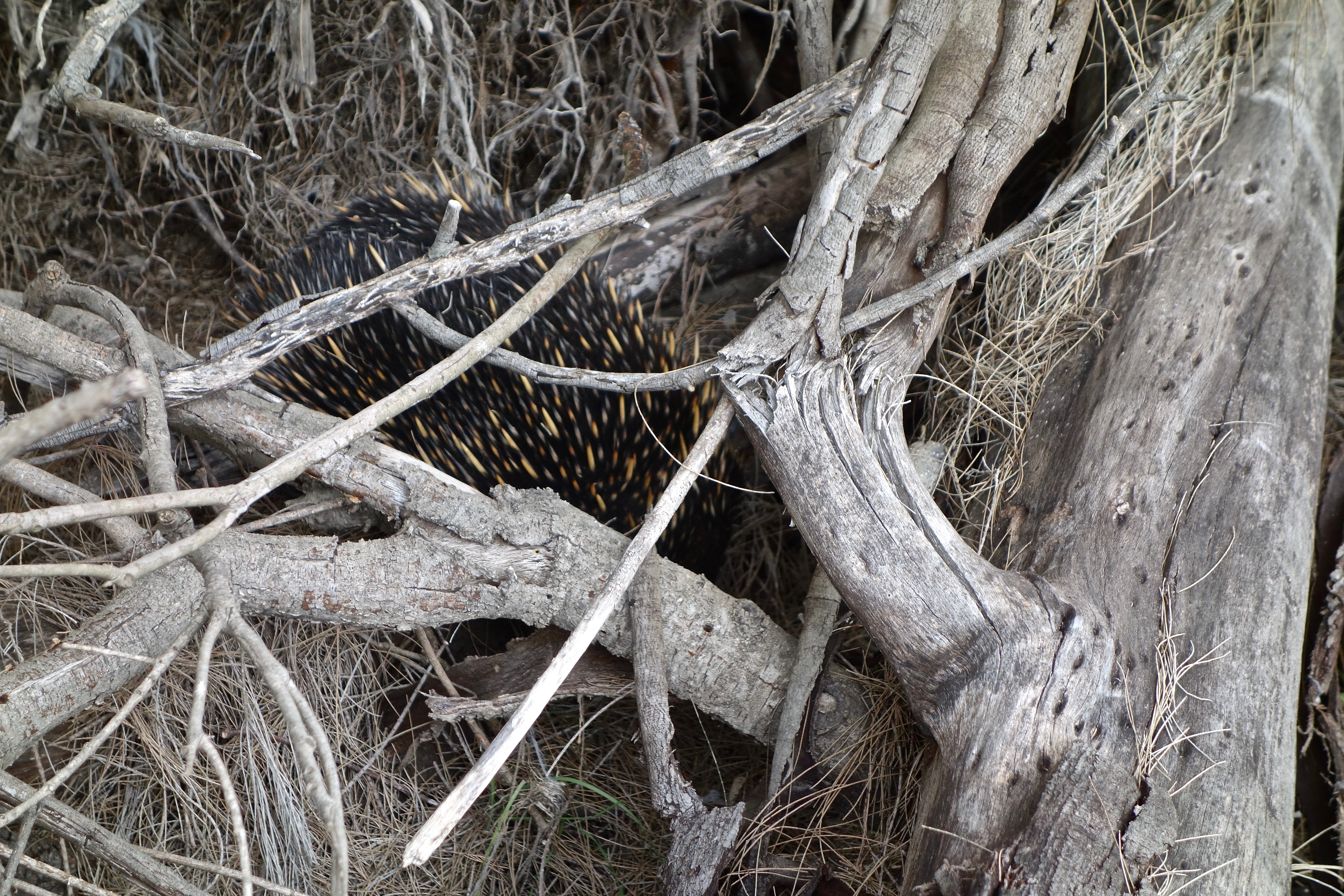 Once, when we were having a day in the country, not too far from the city, and in fact quite close to Canberra, we discovered not just the Googong dam and spillway, but, continuing a little further along, and crossing a causeway over the Queanbeyan River, we discovered an echidna coming from the river and heading for the road.

We pulled over and, knowing how slow echidnas go, I took advantage of his handicap to photograph him up close.

He was a very peaceful little fellow to observe. But he was wary of me, and, unable to run away, he hid his face, hoping he would become invisible. When echidnas feel endangered they try to bury themselves, but since I’d caught him on a rocky surface, it was all he could do to stick his snout in the sand.

When he looked up and saw me still watching, he made an effort to escape to a place inaccessible to humans. And I have to admit, these brambly blackberry canes covered in thorns (an introduced invasive weed) would leave me scratched and bleeding if I tried to reach into them, but for a creature covered in long sharp quills, this is not a problem.

I moved away and watched him turn about and head back to the road. Now I feared for his life, I’ve seen a lot of echidna roadkill, and knew he’d be history if it was not his lucky day. But as it turned out, not many cars passed this way while I was there. He made it to the other side, where I once again attempted to get up close. He made a beeline for a large and rather beautiful arrangement of deadwood. I tried to take his photo but he kept hiding his face behind the grey branches.

Finally he went deep into a sort of cave of dead tree trunks and vegetation debris, and all I could see was his spiky rear end disappearing into the safe shadows. If you look carefully, you’ll see his round back at about the centre of this photo:

Thanks to Ailsa at Where’s my backpack, I remembered my close encounter with a spiny spiky prickly thorny much-loved Australian animal, an echidna.