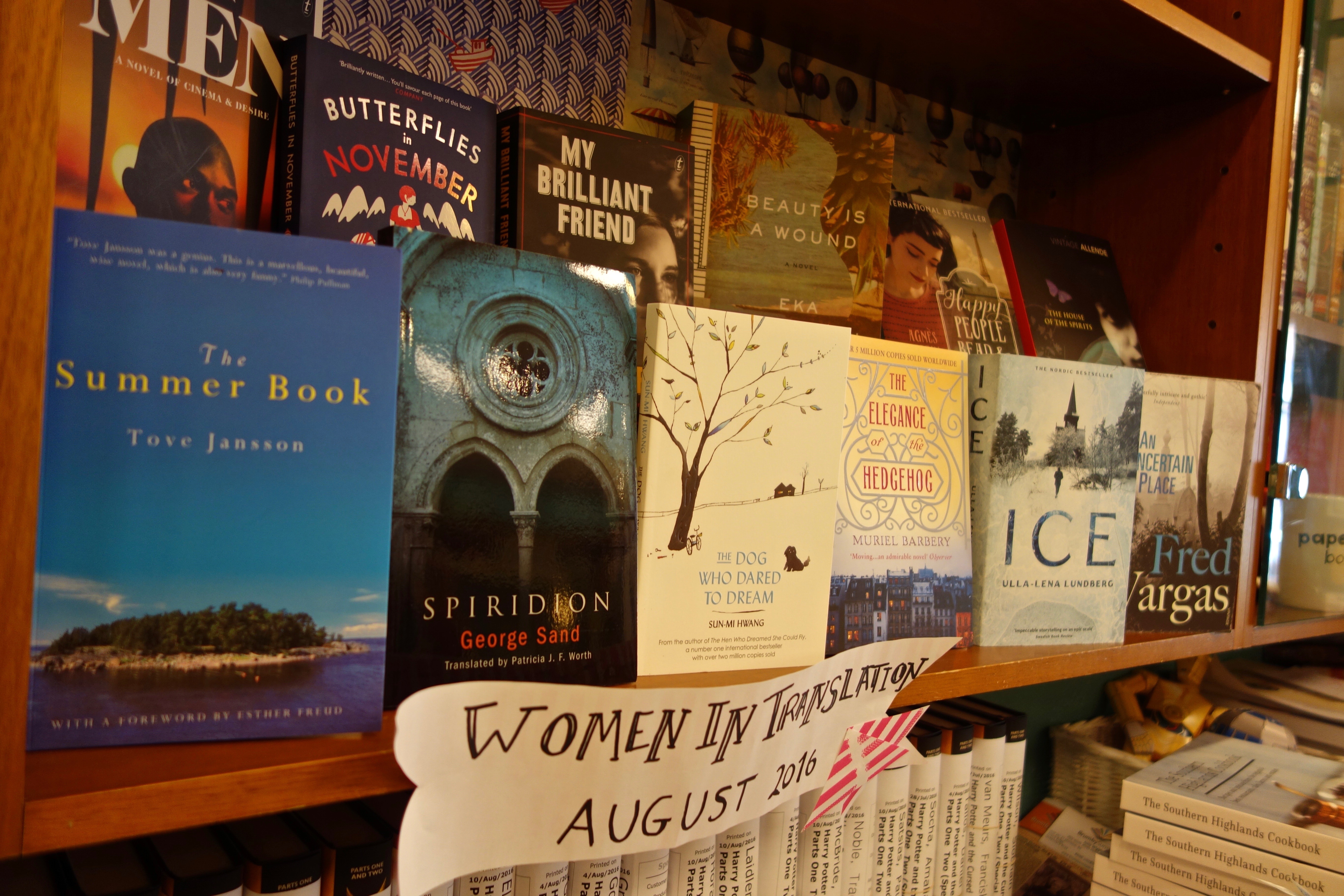 August is Women in Translation month. This is a time to search for books by one of the minorities among writers, female authors who have been translated into English. As a translator of a couple of them, I’ve decided to slip out of my translatorly solitude and become somewhat actively involved. I’m very fortunate to have a daughter-in-law who works in a bookshop frequented by serious readers, ‘Paperchain’ in Canberra, so I took in a few copies of Spiridion by George Sand, (which I translated), and asked if she would be interested in making a small display of books authored by women in languages other than English. She selected a few from the shop stock and assigned a shelf to the cause, directly beneath the shelf assigned to Harry Potter books…

She then put a post on Paperchain’s Facebook page showing some translated books written by women and available in her shop.

This month, try to read at least one translated book originally written by a woman. I’m reading a book of poems by New Caledonian author, Déwé Gorodé, translated by Raylene Ramsay and Deborah Walker, and from the same island some short stories by Claudine Jacques, which are not yet available in English but will be, just as soon as I find a publisher for my work!

So, think outside the box that contains only male English-writing authors, and enjoy some of the other outstanding books from around the world.