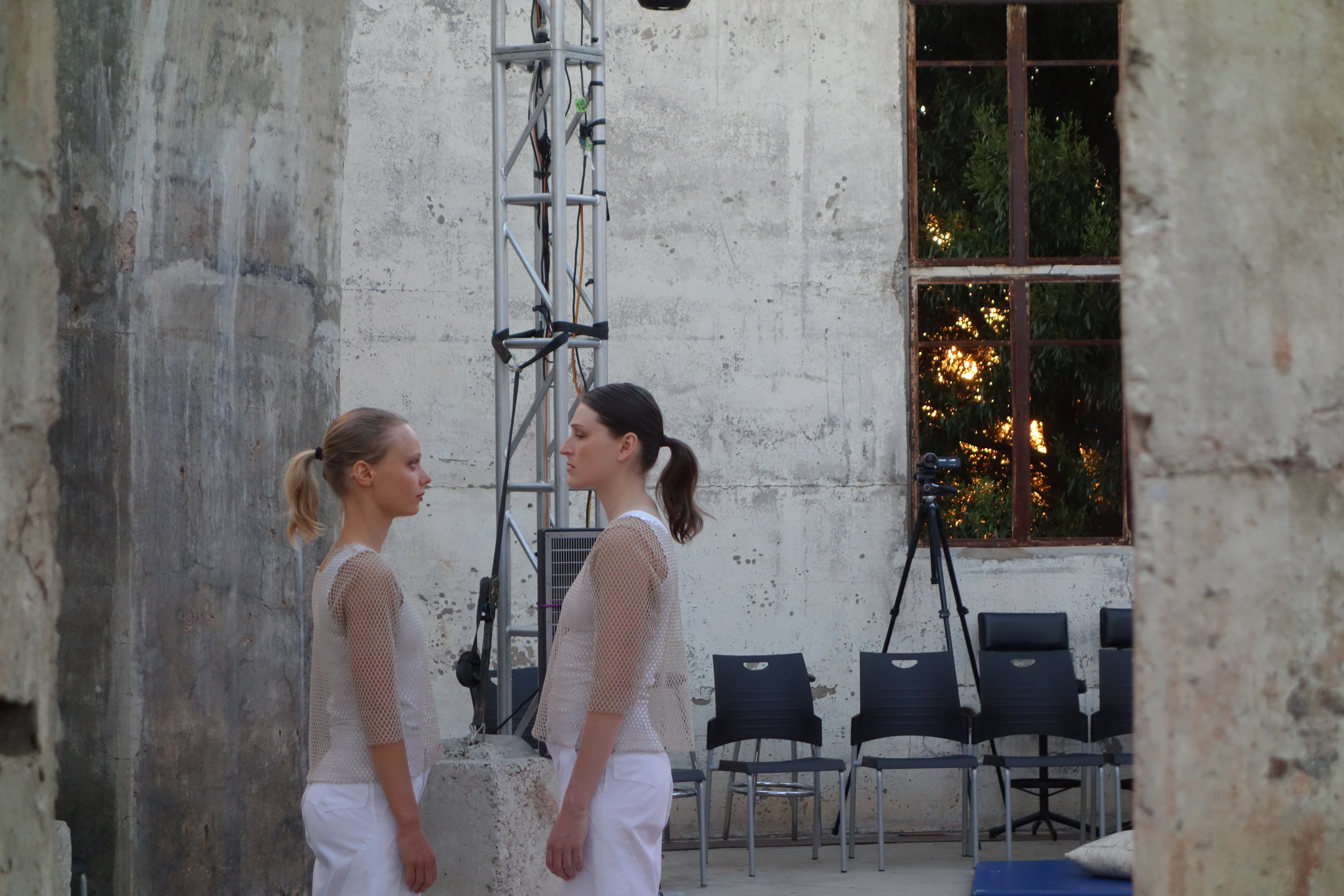 We arrived at the ruins of the burnt-out observatory at Mount Stromlo before the sun set yesterday, excited about the performance we were about to see: “Nervous” by the Australian Dance Party, an hour of contemporary dance, music and lighting.

At eight o’clock, inside the structure in the light of the early evening, four dancers began their interpretation of the inner turmoil of nervousness, while the audience waited outside in anticipation, peeking in through the doorway. At last we were invited into the space to find a chair or floor cushion to settle into for the performance as the dancers slowly and aimlessly walked about the circular centre of the floor, confronting each other and almost colliding, wondering about the thing that was making them nervous. 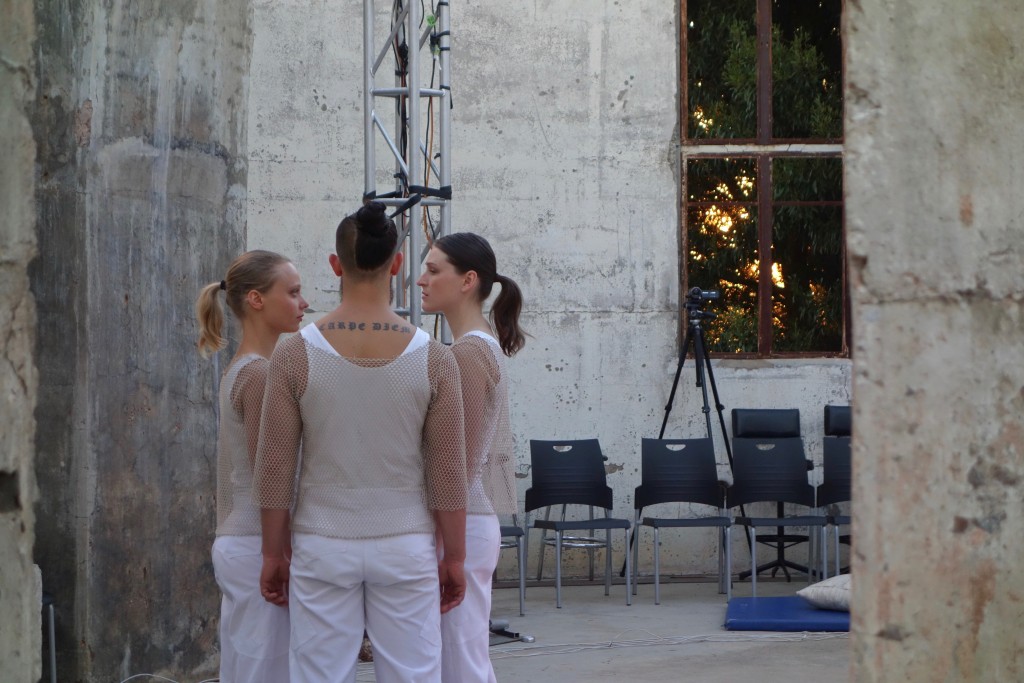 And then they seemed to come together in harmony and moved as one. 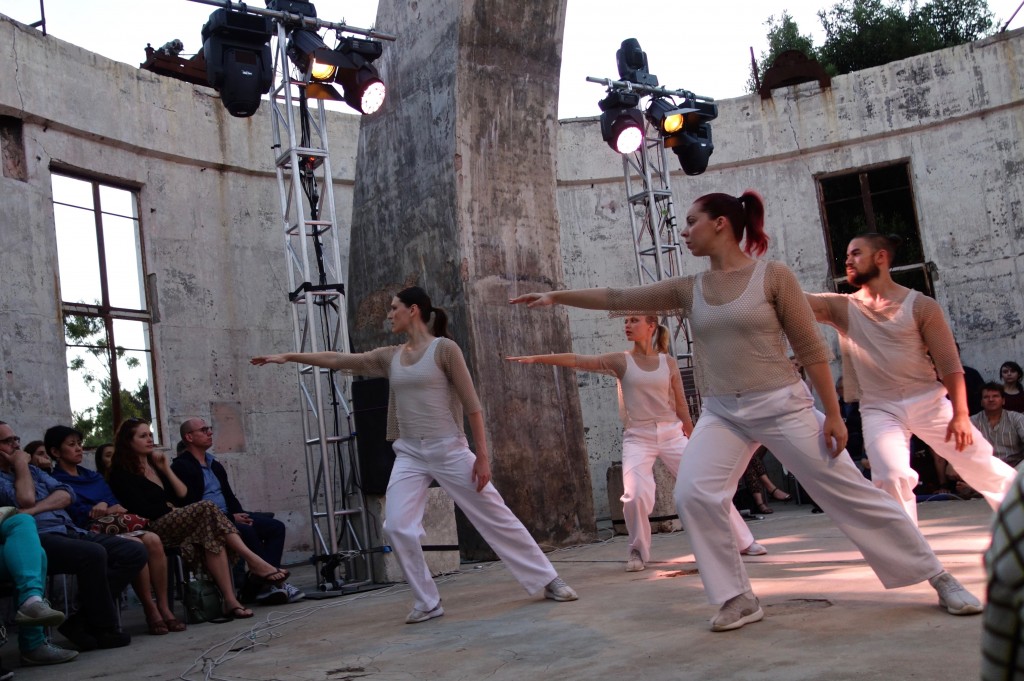 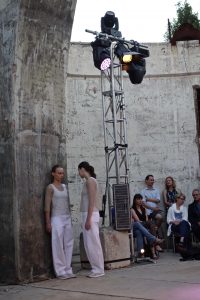 And as she practised her speech, the other three were her conscience, the angels and devils telling her she was doing it right and doing it wrong and she was hopeless at this but had to do it anyway. The four became one conscience and approached the audience, and again the blonde spoke, Hey, there’s something I really…, while a second dancer held her breath, another writhed and the fourth groaned painfully. All of that stuff that goes on inside us while we’re trying to appear calm and in control. 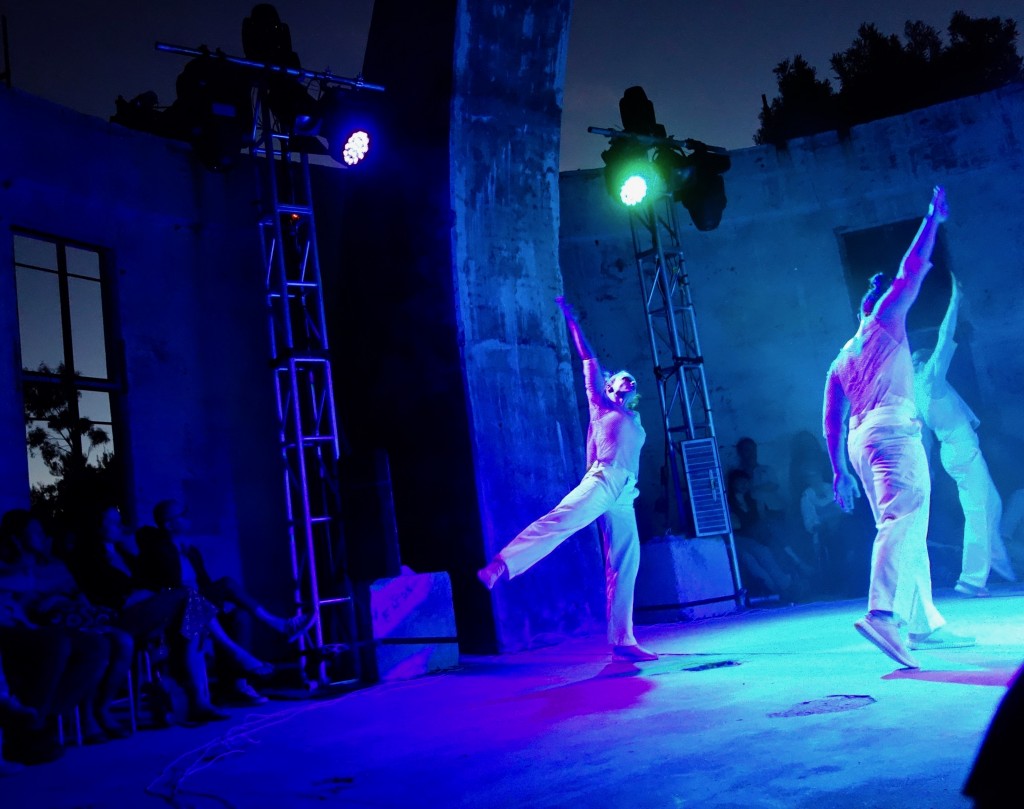 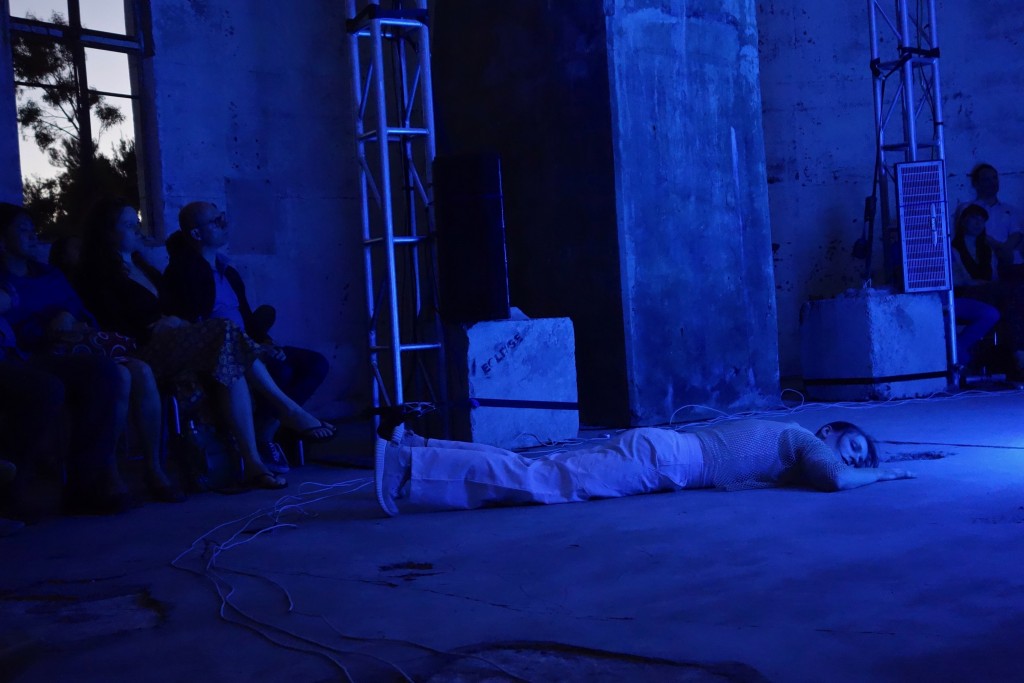 Over all of this movement was the intense electronic music composed by Ben Worth (my son), pulsating and vibrating and making us physically vibrate with it. It was loud and soft and occasionally absent but it always returned. And there was Robbie, the lighting guy up there on the platform with Ben, playing his lights over the dancers as darkness descended. Robbie’s light show became one of the players playing with the dancers’ nerves.

By nine o’clock, the sky above the roofless structure was black and starry with a crescent moon and nearby Venus growing brighter by the minute. Some cords from the floor became a prop that lit up and tangled about them, winding around and wrapping them up. The music stopped, the darkness was almost complete. Someone began clapping, and we realised this was the end. 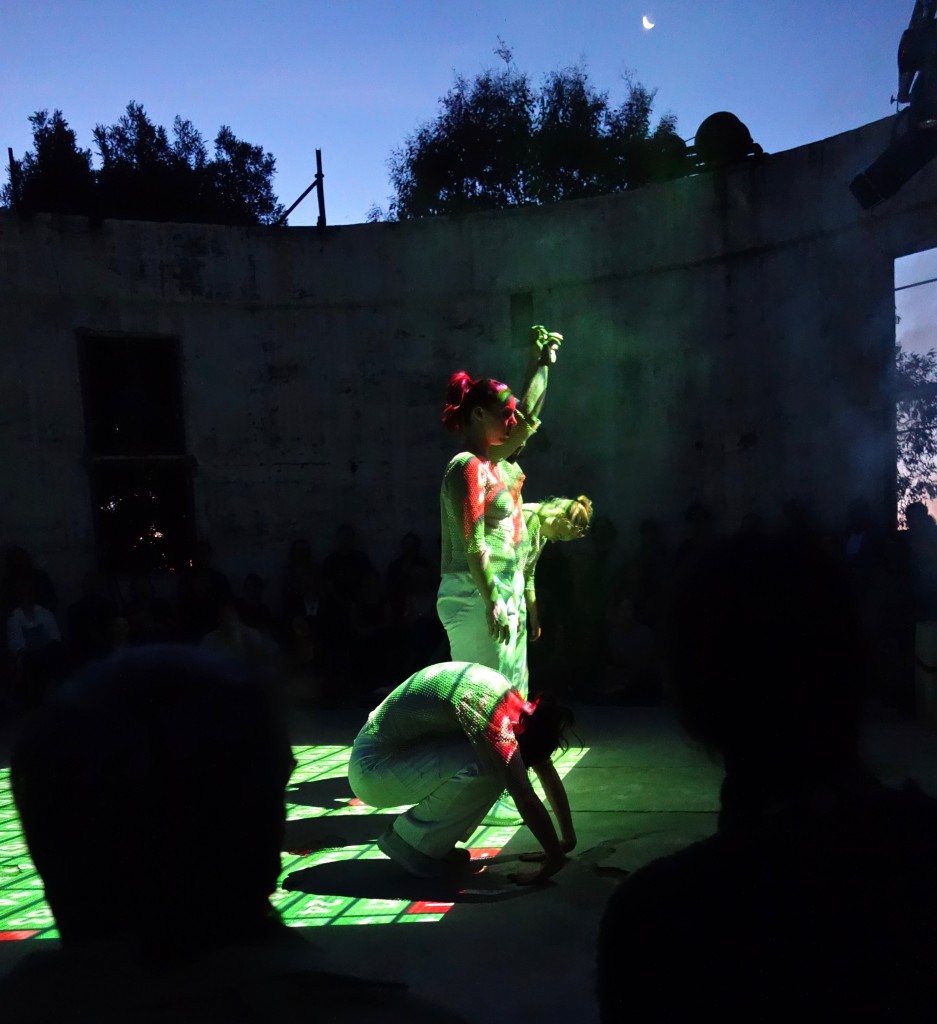