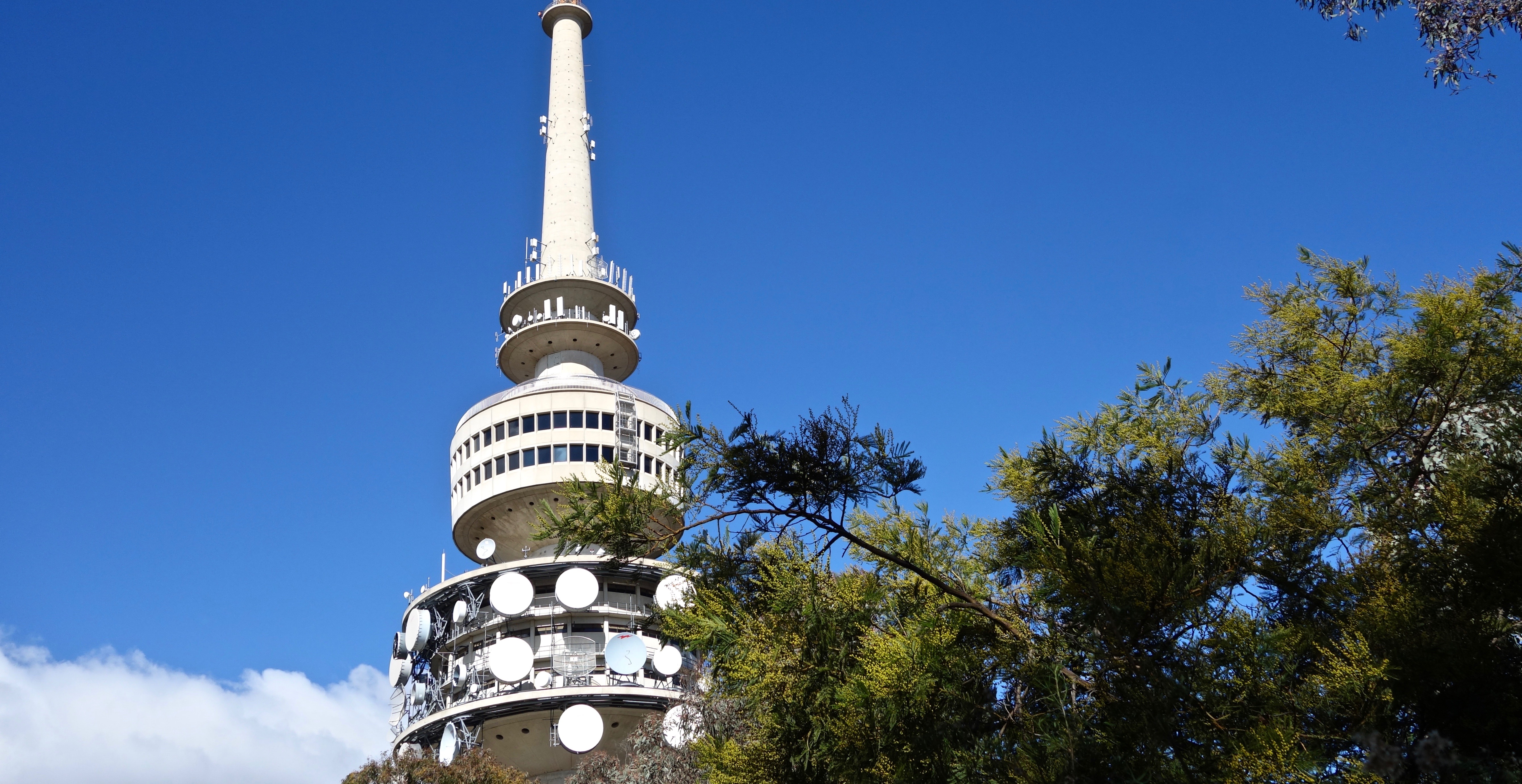 August in Canberra is a little warmer than July when dawn was a few degrees below zero. Now we’re slowly moving back towards the sun and the wattle trees are coming out in bloom, producing bursts of  bright yellow in the bushland. Today I went up Black Mountain to our telecommunication tower known as Telstra Tower, where I saw the interesting combination of our iconic wattle and the tower, a structure that can be seen from far outside Canberra, a landmark that tells travellers they’re almost here.

If we are enjoying delightful afternoons, warm enough to sit in the sun to catch ten or twenty minutes of Vitamin D infused rays, our nights are still freezing and frosty, and the further you go above sea level the frostier it is. On Black Mountain there’s a warning sign for those driving or riding or even walking up and especially down the slope in the early hours of the morning: Ice on road. When I took photos this afternoon it was a lovely 14 degrees and this cyclist was haring down the mountain, around its curves. His wheels made a loud whirring sound as he passed me.

Here’s some evidence of August’s two weathers. Yes it’s a good afternoon for riding downhill at speed, but after the night’s frost a cyclist could be sliding not riding.

Cardinal Guzman had the idea of posting a photo of changing seasons each month. Thanks Cardinal.