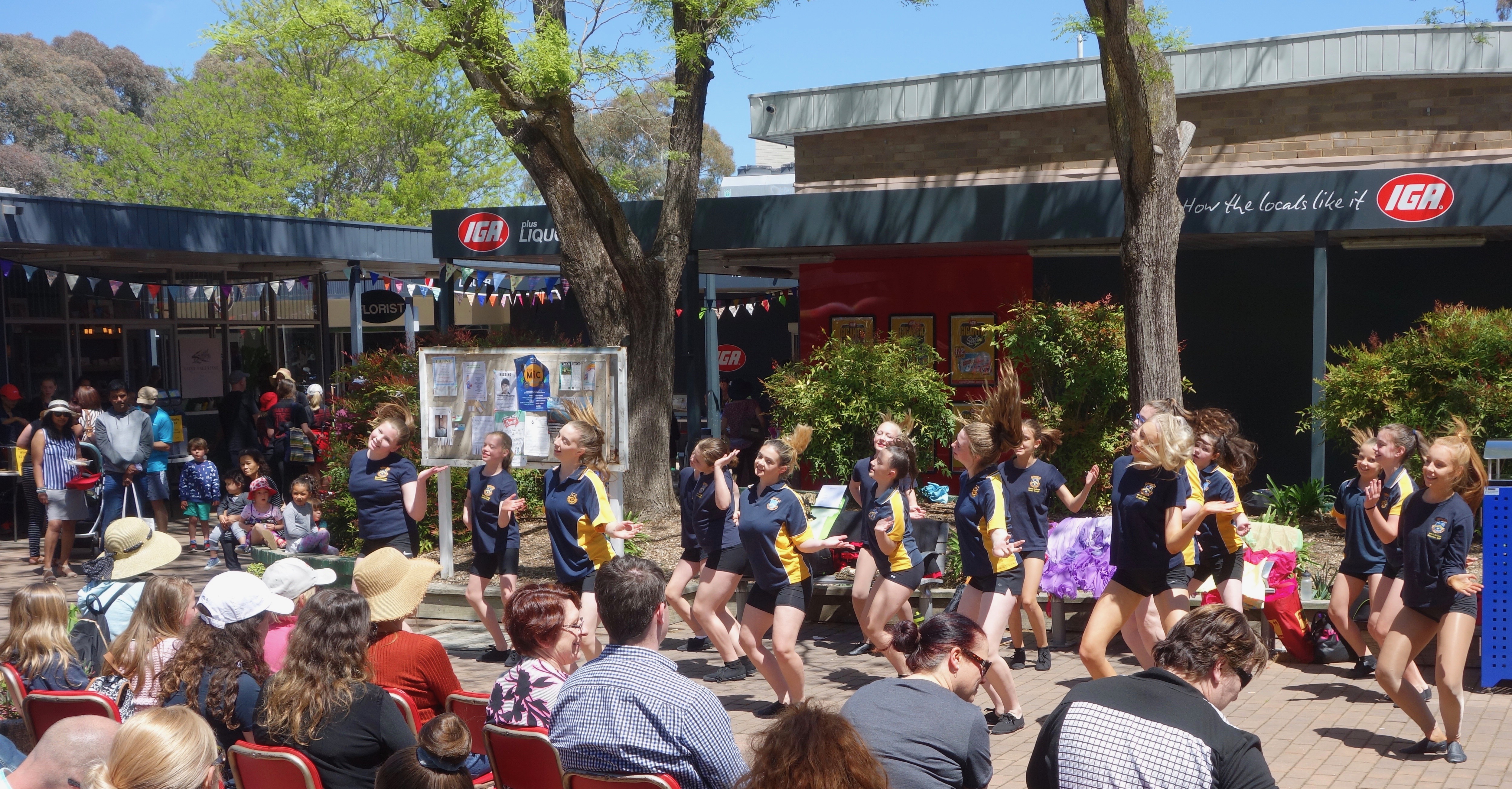 In October around Canberra there are fetes and fiestas and spring celebrations. This one is called Party at the Shops.

It’s on today. There are dancing schoolgirls, a big band and sausage sizzle, Thai food and a jumping castle. There’s also a home-made lemonade stand. Note that the signs don’t just offer lemonade. Let’s hope the preschoolers visiting their stand can’t read, or else they might ask for Carlton Dry or Iron Jack lager or rum or whisky or Vodka Cruiser. 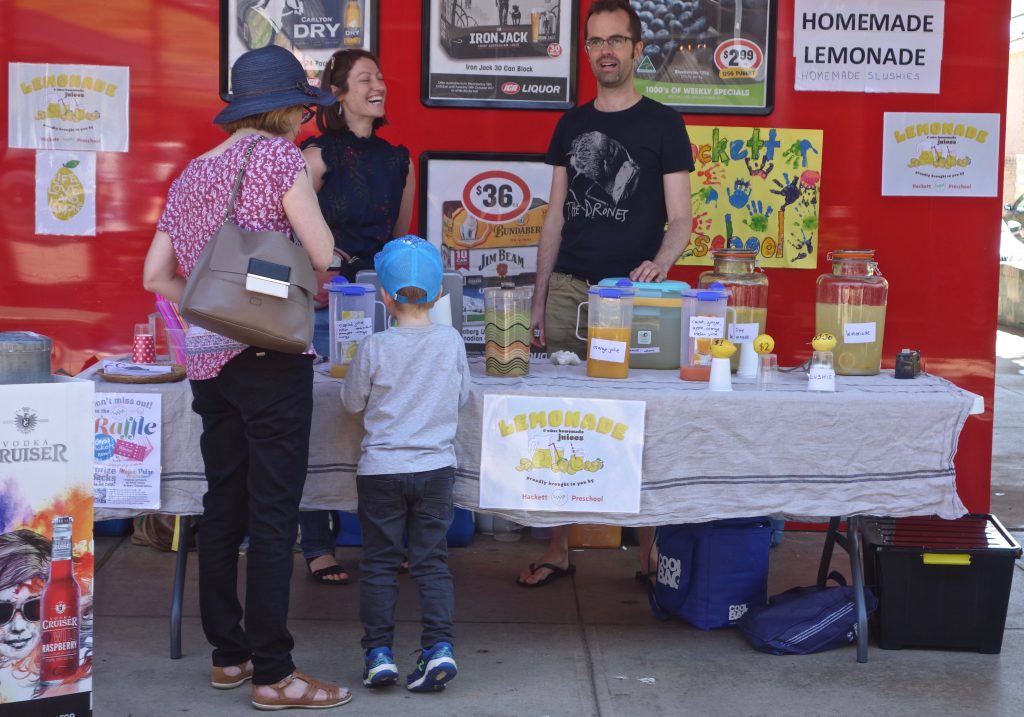 The weather is superb, perfect for dancing outdoors. The girls danced to Michael Jackson (above) and Bollywood (below), and in between there was an umbrella dance to Gene Kelly’s Singin’ in the Rain. Note the fairness of their skin, the result of being covered up for months during the long Canberra cold season. Quite a contrast to coastal skin which is, on most people in this country, tanned. 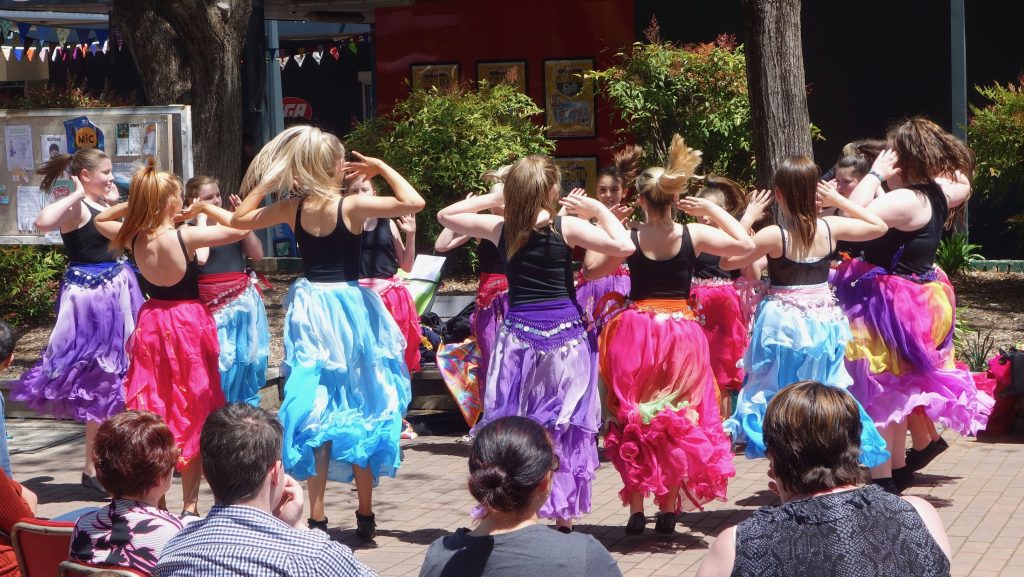 Thanks to Cardinal Guzman for the Changing Seasons inspiration.