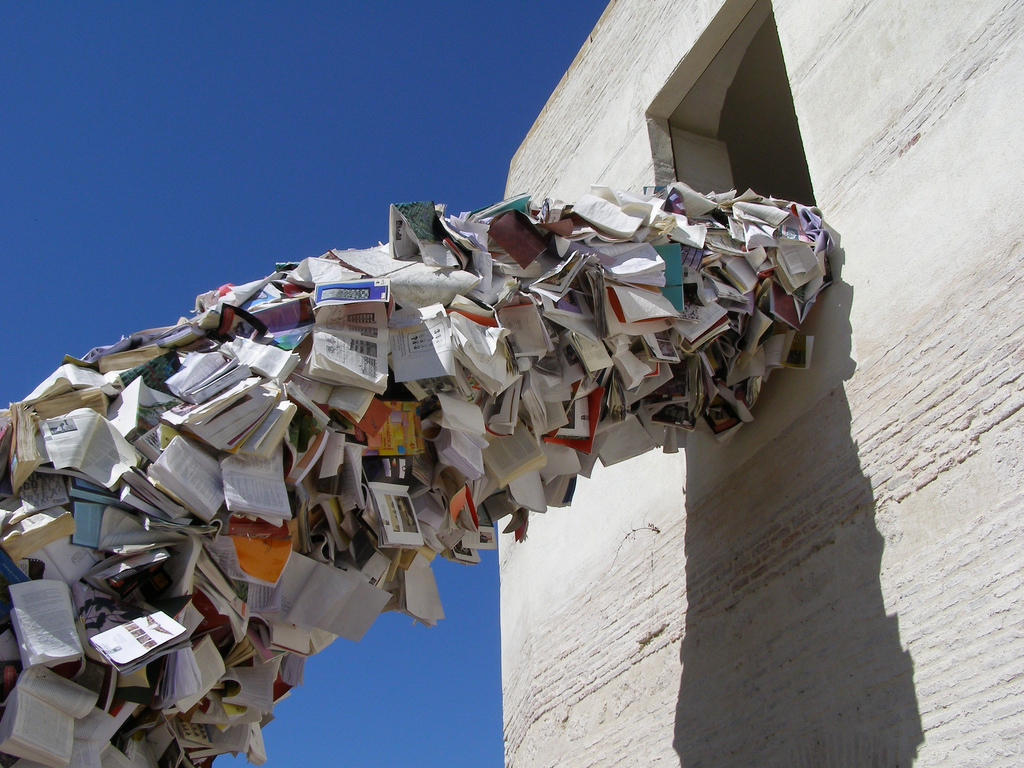 Over the past decade university ­libraries have been systematically removing books from their shelves.

Last week’s opening line came from a short story by Michael Wilding. Now I’m drawing on him again, but today’s opening line is no fiction. It’s sadly the absolute truth about our libraries. He has written at least three pieces over the past seven years to alert the world to the emptying of its libraries.

Wilding is in some ways a man after my own heart. I’ve been told that my local university library will one day be purged of old French books (among other foreigners), so I’ve been borrowing what I can to prove they are wanted, to keep them out of the book cemetery.

In March 2014 Wilding wrote ‘Libraries Under Threat’ in Sydney Review of Books, and revealed what happened to some books from the University of Western Sydney:

… skip loads of books deemed duplicates, silver-fish infested and surplus to requirements were thrown out and used for landfill.

Hold onto that word ‘landfill’. I’ll be back.