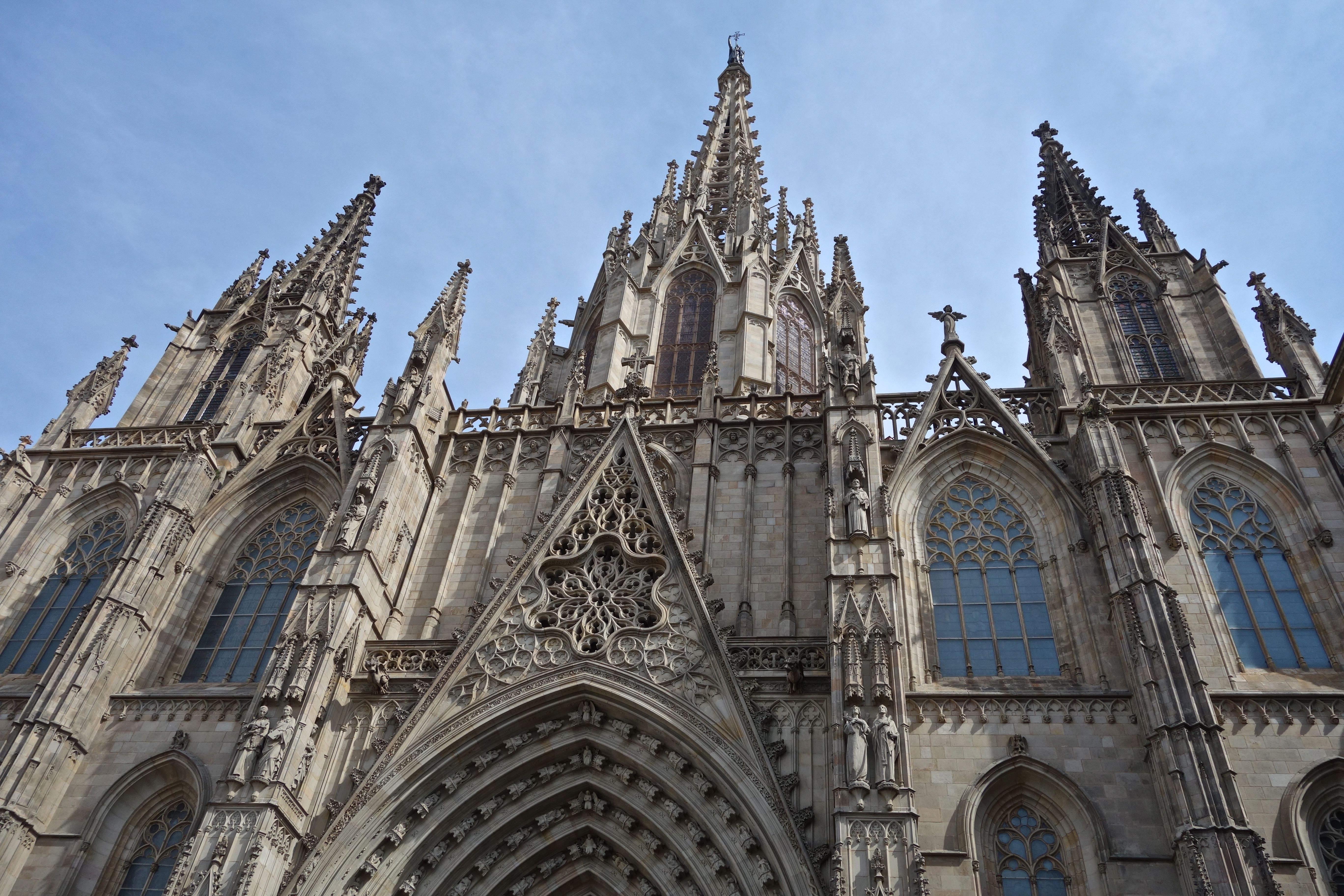 This week’s WordPress Photo Challenge is for something ‘intricate’.  The Oxford Dictionary defines intricate as ‘very complicated or detailed’, from the Latin intricat- ‘entangled’, and from in- ‘into’ plus tricae ‘tricks, perplexities’.

When I read about the challenge, I was in Barcelona looking at intricate architectural details on buildings all around me.  Barcelona does intricate very well. There’s Barcelona Cathedral with its decorative west facade constructed in the 19th and early 20th centuries:

There are the individual architect-designed houses in the Passeig del Gràcia, including one of Gaudi’s, which had hundreds of people outside and inside and which I therefore passed by, and there was this one, the Casa Lleó Morera a few doors away, which I prefer.  It was designed by Lluís Domènech i Montaner for Lleó’s mother in the early 1900s.

But, for me, what was most tricky and perplexing were the bench-lamp-posts designed in 1906 by Pere Falqués et Urpí, a Catalan Modernist architect.  There are 32 of them along the passeig.  The benches are covered in ceramic mosaics, a  technique typical of Catalan modernism (think Gaudi), and the lamp posts are of wrought iron rising up from the bench in a whiplash form, a characteristic of Art Nouveau generally (known as Modernism in the Catalonia region of Spain, which includes Barcelona.)

I sat on this bench to read a city map, looking for famous Barcelona art and architecture.  But I was sitting on something more interesting than all the tricky buildings and their perplexed spectators.  For, when I stood up, I saw the shadows cast by the twisting entanglements of the ironwork and the complexity of the mosaic tiles over the curved edges of the seat, and realised this was an excellent way to make art publicly useable and inclusive rather than exclusive.  When you sit on the bench, you are part of the art.