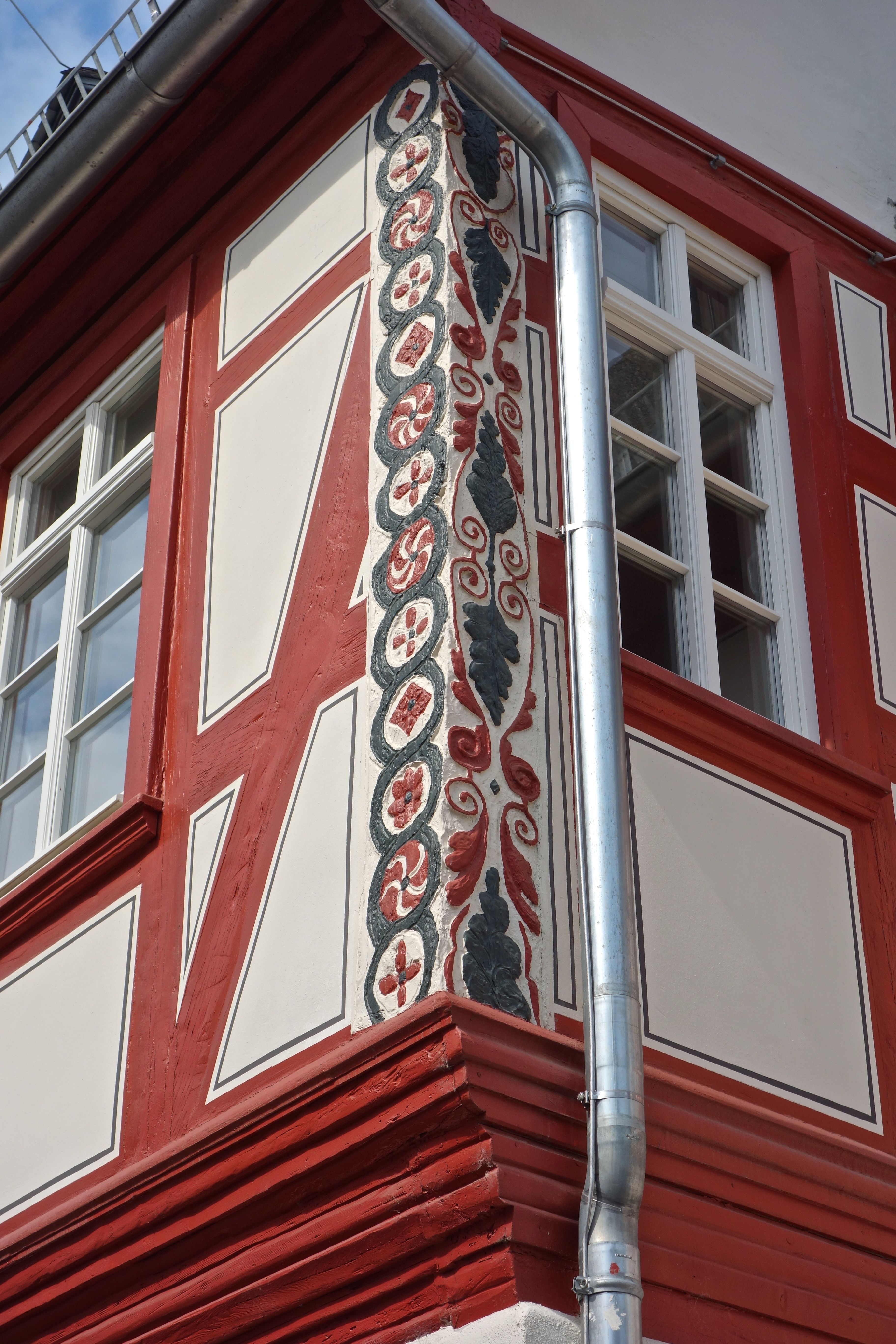 In recent months I discovered that my husband and sons are descended from a German couple who came to Australia in 1856 from Eltville, Germany.  Now, I’ve just been to Eltville, and found it a lovely restored town along the German Timber-Frame Road (Deutsche Fachwerkstrasse), a tourist route passing through towns where houses are half-timbered.  It was very pleasant to stroll through the winding mediaeval streets and see houses with centuries-old dates marked on the front, including one from 1365.  This date might not blow your mind if you grew up in Europe, but for me, having lived my life in a young country where nothing is much more than 200 years old, it’s precious.  I had to photograph it so I wouldn’t forget how old it all is.

Eltville on the Rhine is known for roses and wine, in particular the sparkling wine, Sekt.  I bought a small bottle of Sekt and it came in a rose-printed bag.  Our family ancestors would have seen the Electors Castle every day, a former residence of the archbishops and electors of Mainz.  But the rose-growing began after they left, so they wouldn’t have seen this rose-filled maze beside the  Castle.  When I was there the rose bushes were in new leaf.

Along the Rhine there’s a pleasant promenade beneath an arbour of pollarded trees.  In their early spring nakedness I found them amusing.  I’ve seen pollarded trees before, but not as bulbous as these here in Eltville, which have been cut back quite severely.  The amputated branch stumps are nobbly in the dormant season, but I’m assured that the compact, leafy canopy that grows in spring and summer creates a spot for romantic rendezvous beside the Rhine.

Eltville.  In the mid-nineteenth century some of its winegrowers left this lovely village to make the long journey across land to Hamburg, then to make the long journey across the seas to Australia, where they would plant vines and make wine in their new homeland.  But the descendants of those who stayed in Eltville have kept their town beautiful and inviting.  I doubt anyone would want to leave this lovely place now.  Unless they’re a tourist, like me.