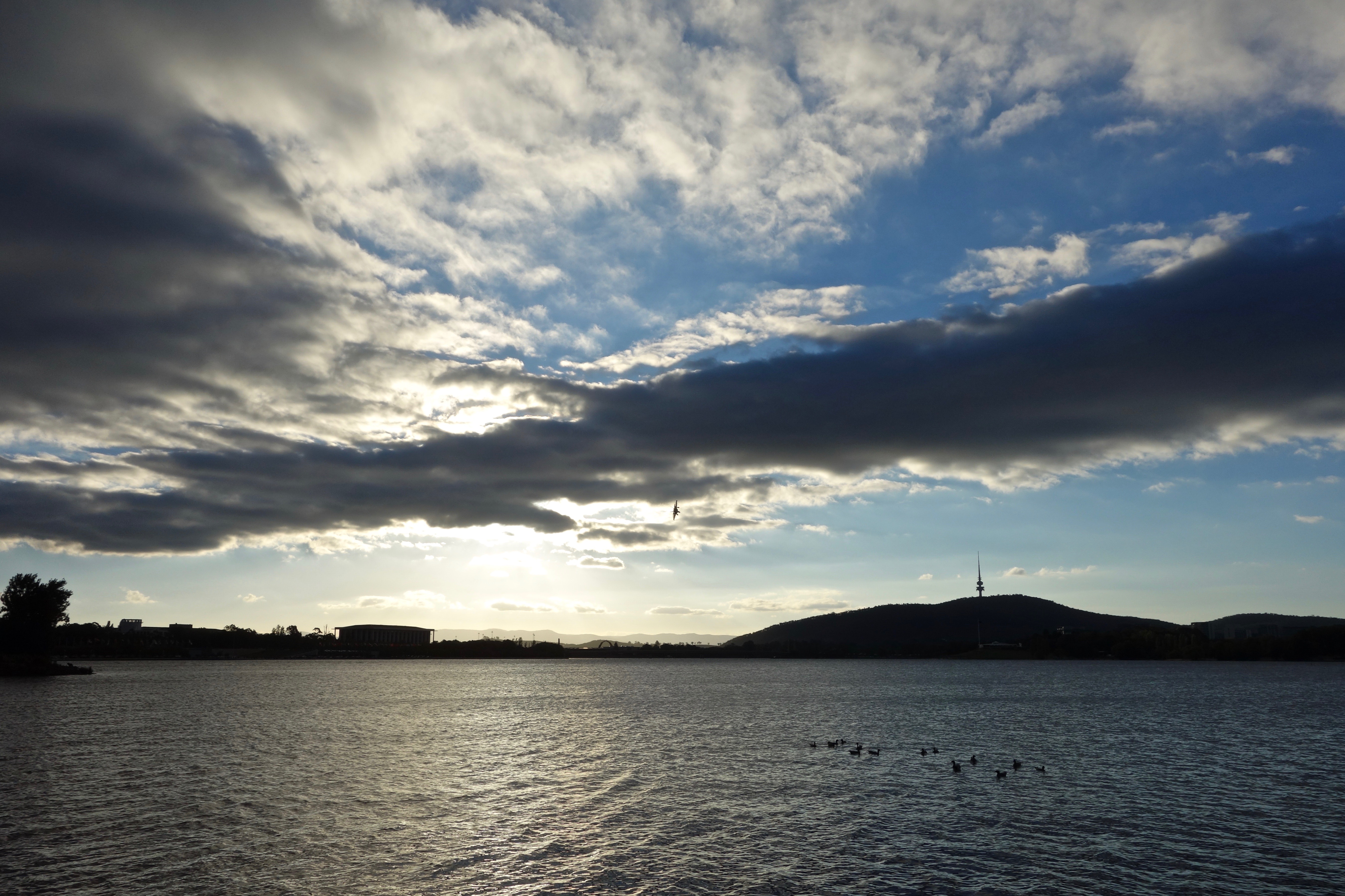 On Friday night at 6.30 daylight saving time, the autumnal sky over Lake Burley Griffin was amazing as the last sunbeams shone on the clouds, a perfect backdrop for an air display by a RAAF F/A-18 Hornet. There were two displays on two nights. These photos are from the first night, the rehearsal! The official show was last night, an introduction to our annual fireworks show, Skyfire.

It was spectacular, it was loud. The Hornet flew low over the lake, making several passes back and forth and around, and exiting with a vertical twirling ascension to the clouds. I took the first photo as soon as I caught sight of it at 6:35:53 pm, and the last one as it disappeared into the clouds at 6:41:22. About 6 minutes of entertainment. Not that the F/A-18 was built to amuse us.

The ducks on the lake did not bat a wing at this big noisy bird flying over them. Other birds flew up into the sky that is naturally theirs, and were mistaken by humans for the jet.

The Changing Seasons photo challenge is from blogger Cardinal Guzman.