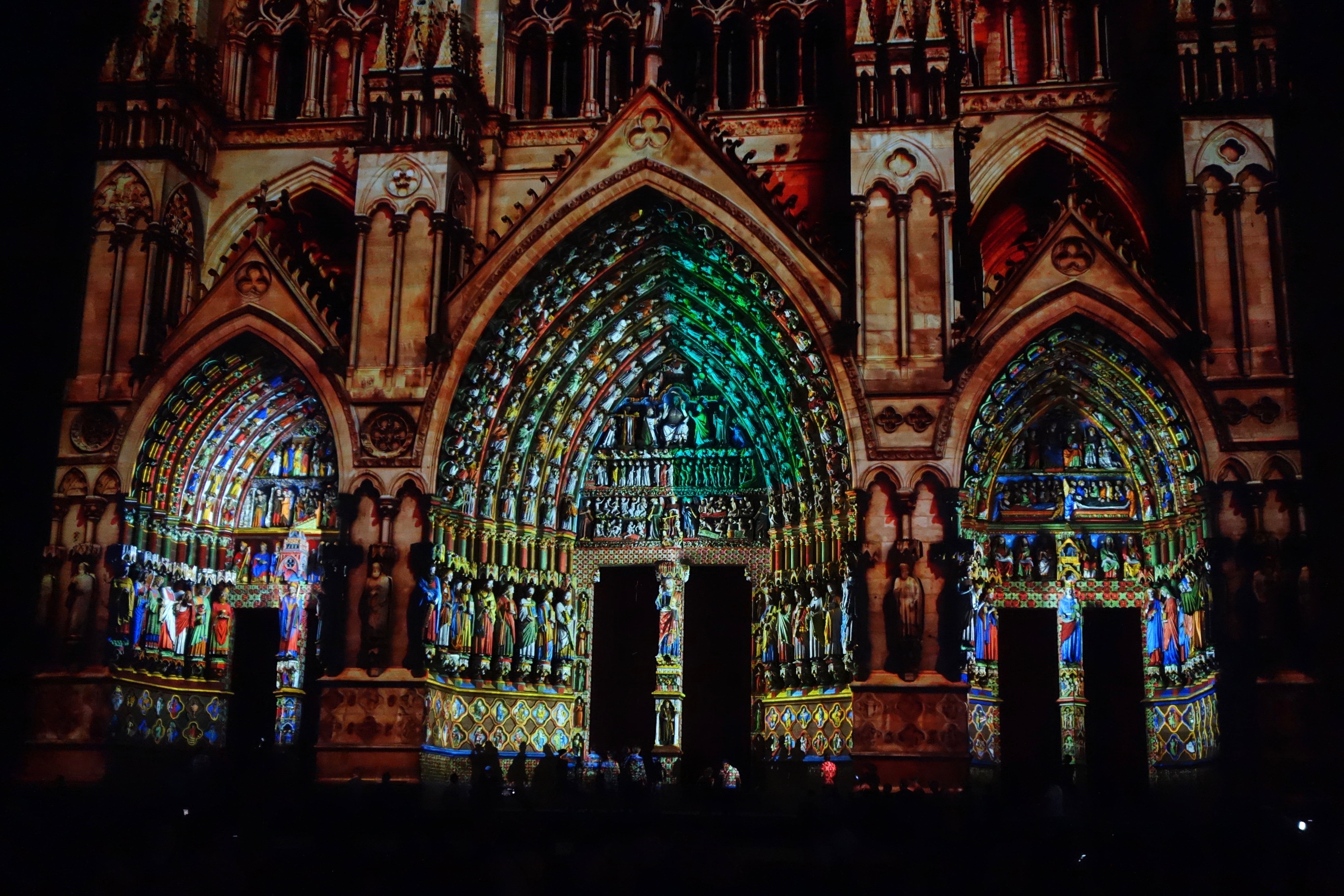 The soaring Gothic cathedral in Amiens is a medieval beauty by day with an abundance of statuary and stone lace, but at nightfall in summer it becomes a giant canvas for a light show of high-definition coloured images. Nightfall means 11 pm. At 10.45 when I took the first photo, the sky was still deep blue. The days are very long in a northern French summer, but this one just happened to be the summer solstice. The longest day.

The projections are modern for the most part, following the lines of the facade, highlighting them and even appearing to move parts of the cathedral about.

The best is left till last. In the beginning of their existence (approx. 1220 – 1270) the statues were polychrome, a feature revealed during the laser cleaning of the facade in the 1990s. Time has stripped them back mostly to bare stone; only a few small areas of colour can be detected here and there, and if you didn’t know they were once painted, you wouldn’t notice even these patches. But, for one transient moment, our brilliant 21st-century lighting people can restore the medieval colours for us.

The statuary is mostly far above my head, so photography is a good way to look closer at the details. I particularly like the central tympanum depicting the last judgment. In the middle register, the naked damned are led to hell, while the saved are clothed and led to heaven. I’m hoping to be among the clothed.

Each image projected onto the cathedral facade lasts but a moment, the spectacle itself lasts half an hour, and even the lighting patterns change from time to time. But the cathedral itself has stood solid and unchanging since the 13th century, a survivor of wars and revolutions. It reminds me that if I leave something behind, it had better be good; it may be around for centuries.

Thanks to WordPress for the transient challenge.